While I was playing Laito’s route in Lost Eden, I suddenly remembered that I bought his version of the anime DVD, while I was in Japan. How could I forget it? Well, as usual, I was too busy at work and put it somewhere, when I came back, without looking at it never again.

This is the cover 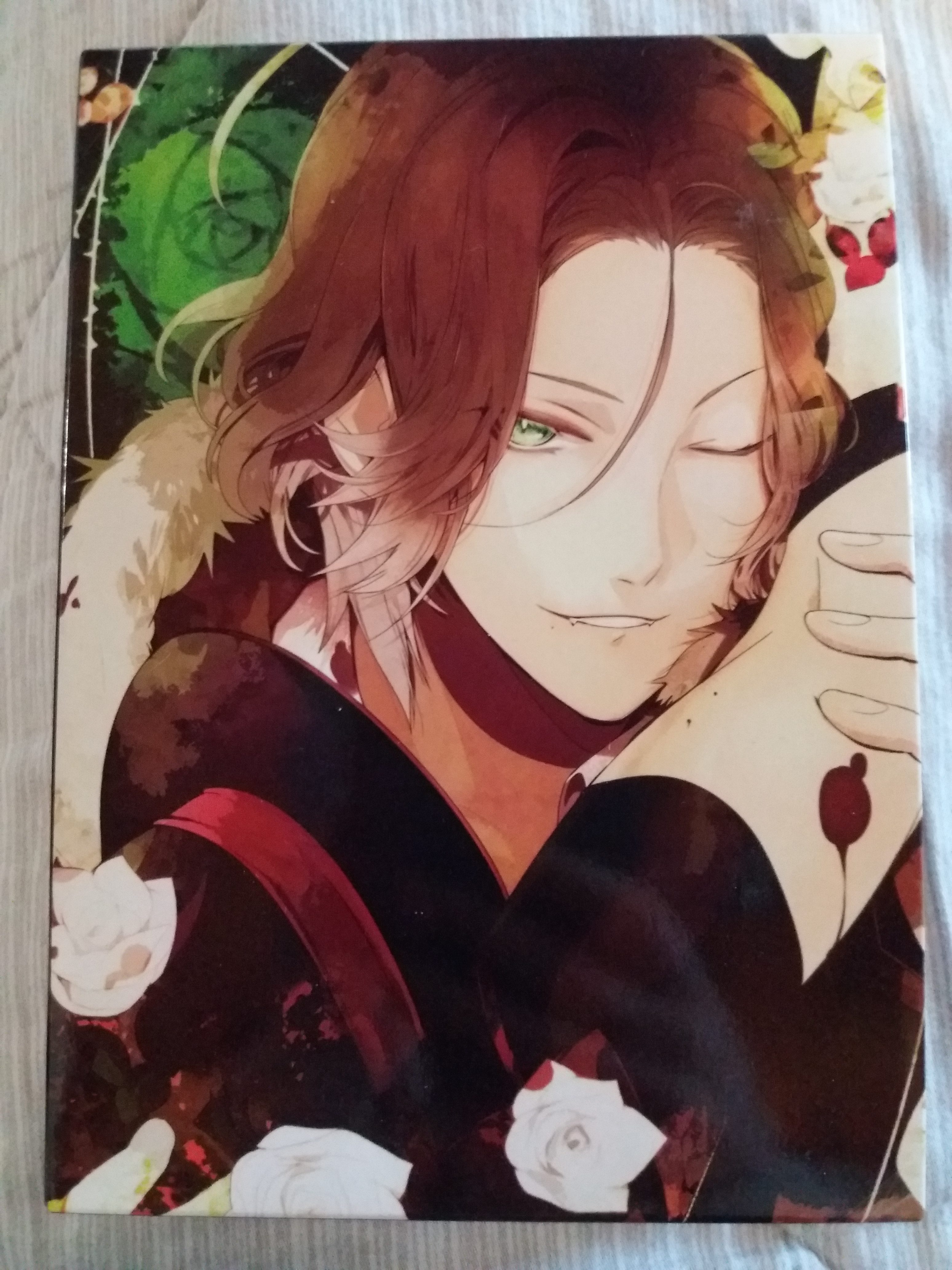 In the inside, there are two cds: one is the anime DVD, with episodes 3 and 4 and Laito’s special ending; the other one is a drama cd. 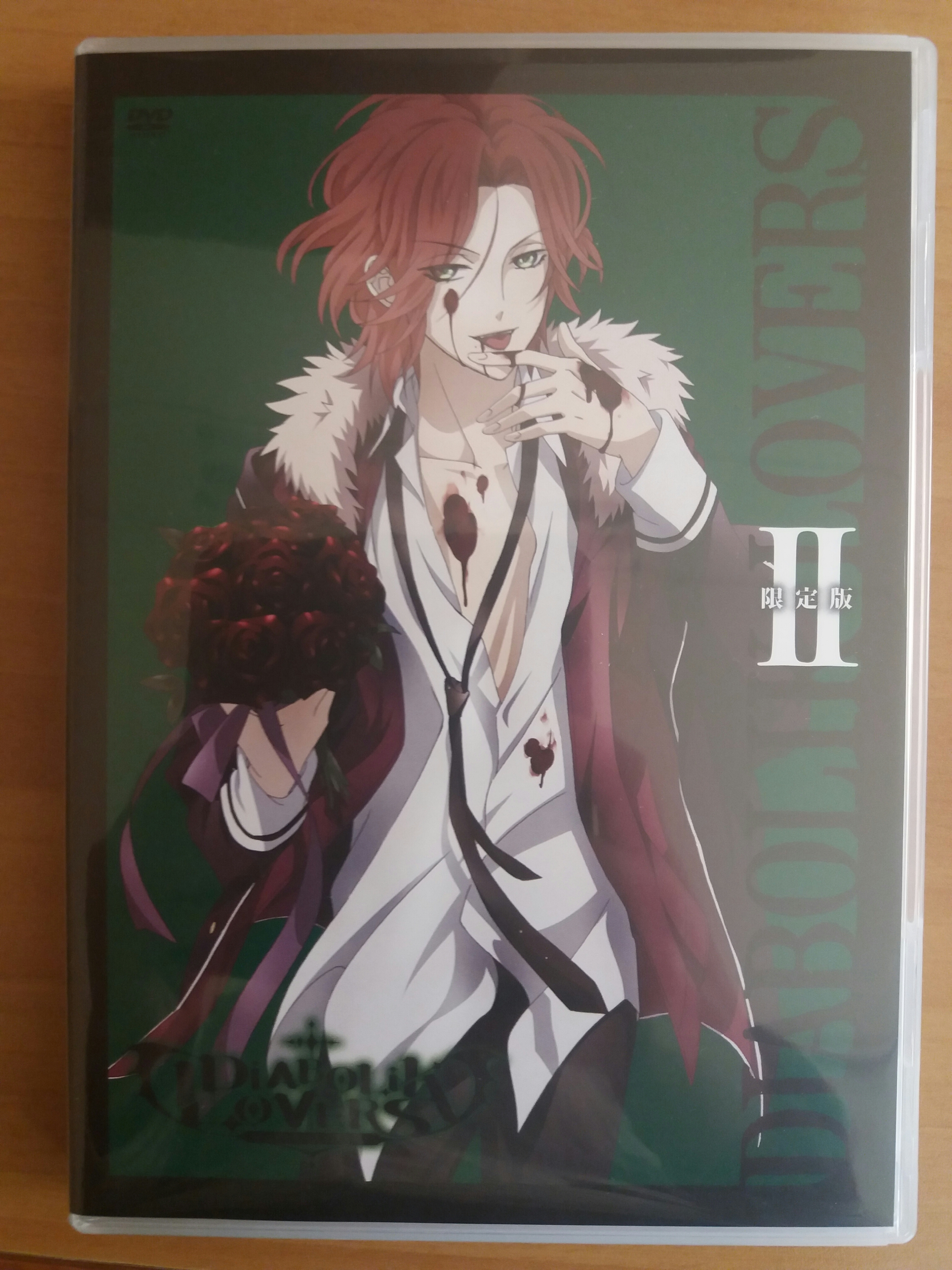 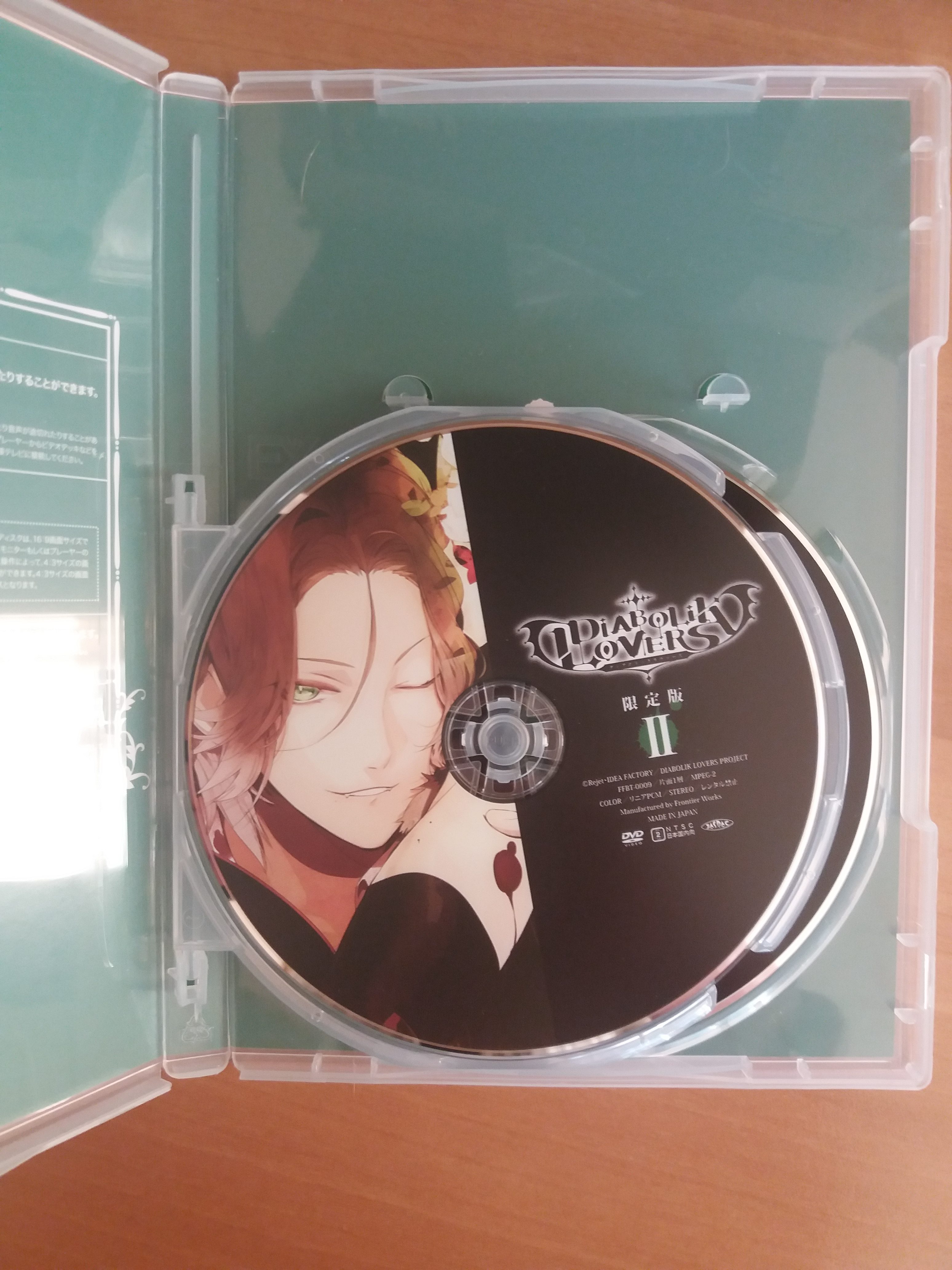 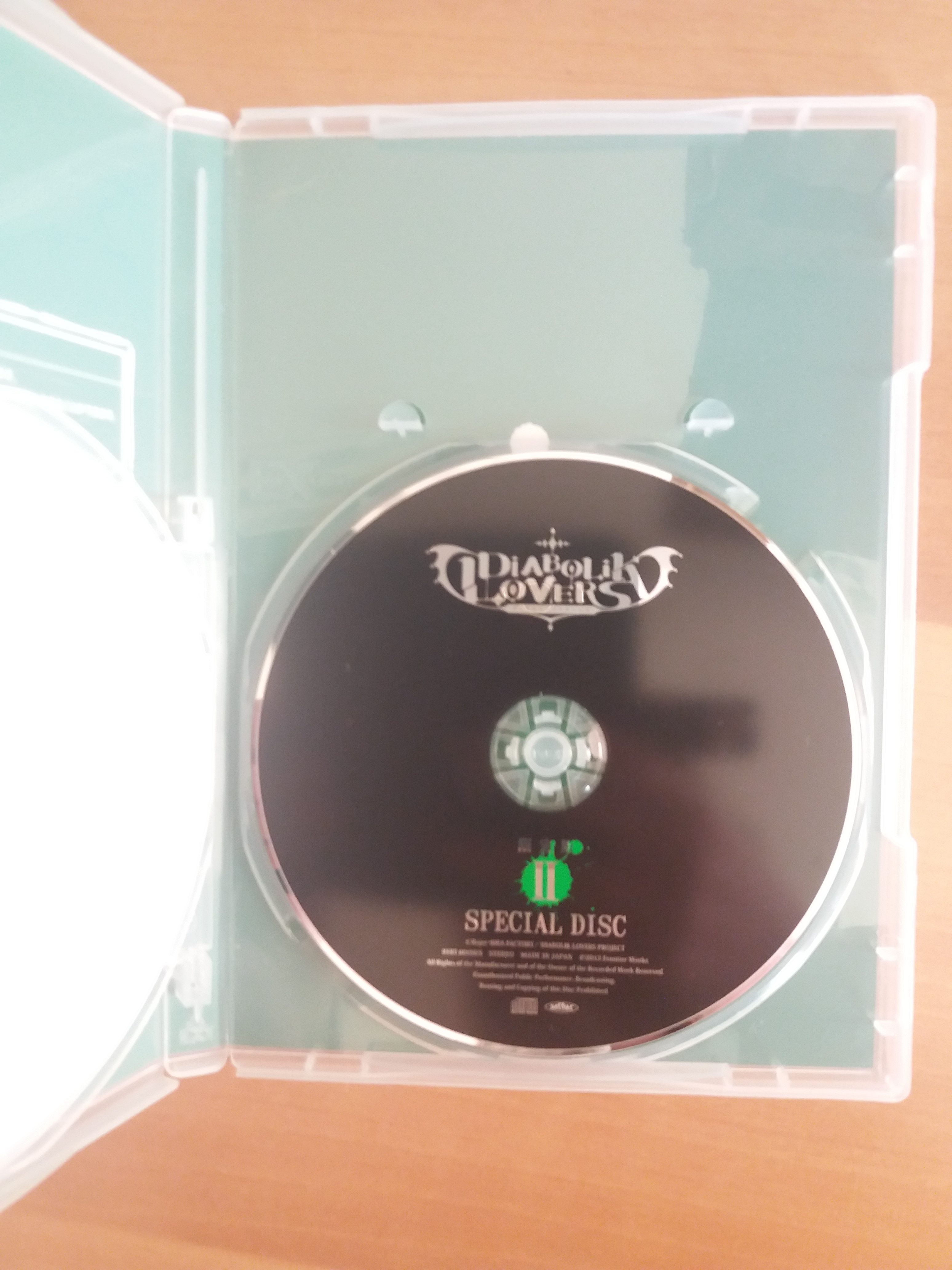 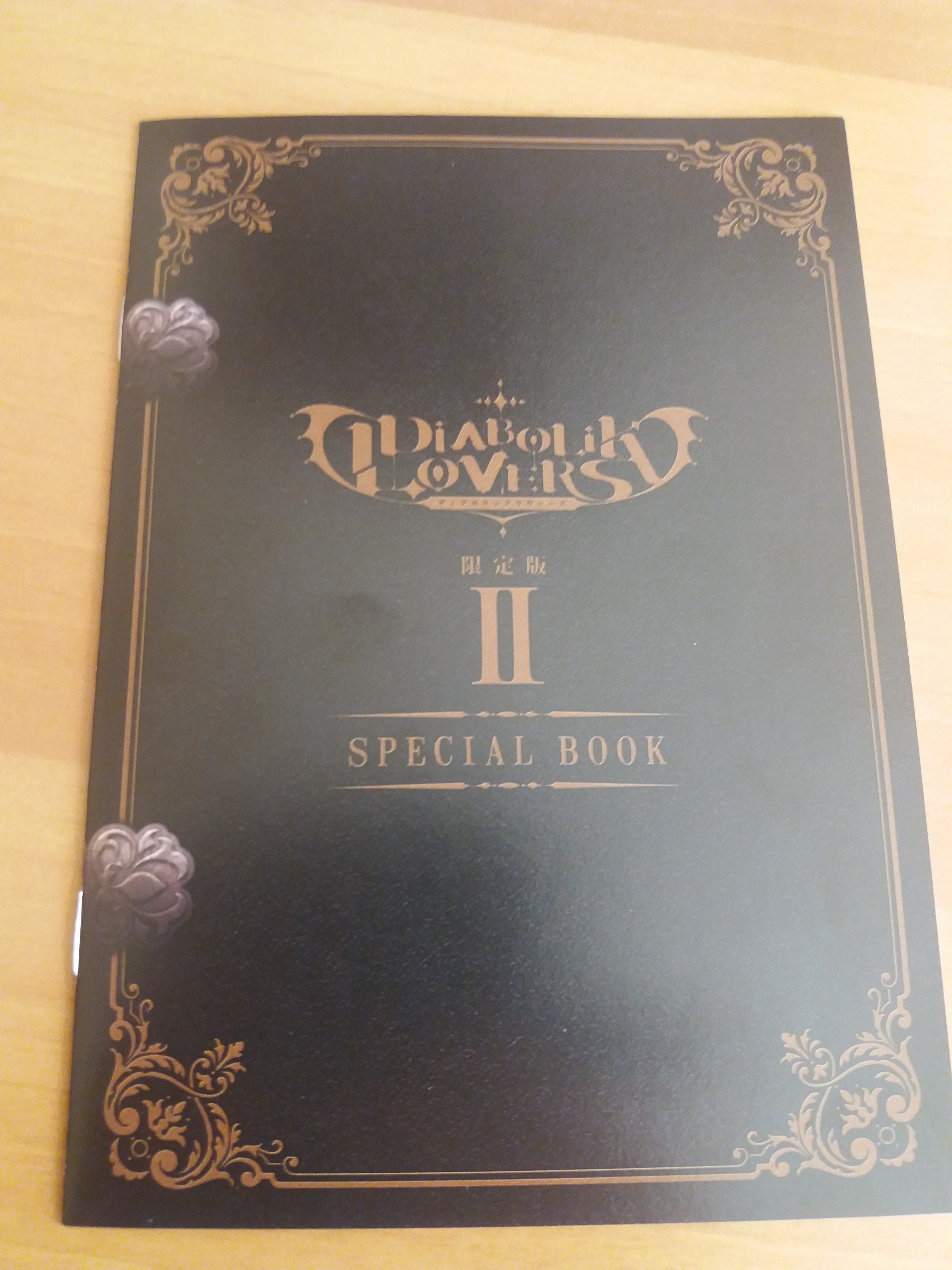 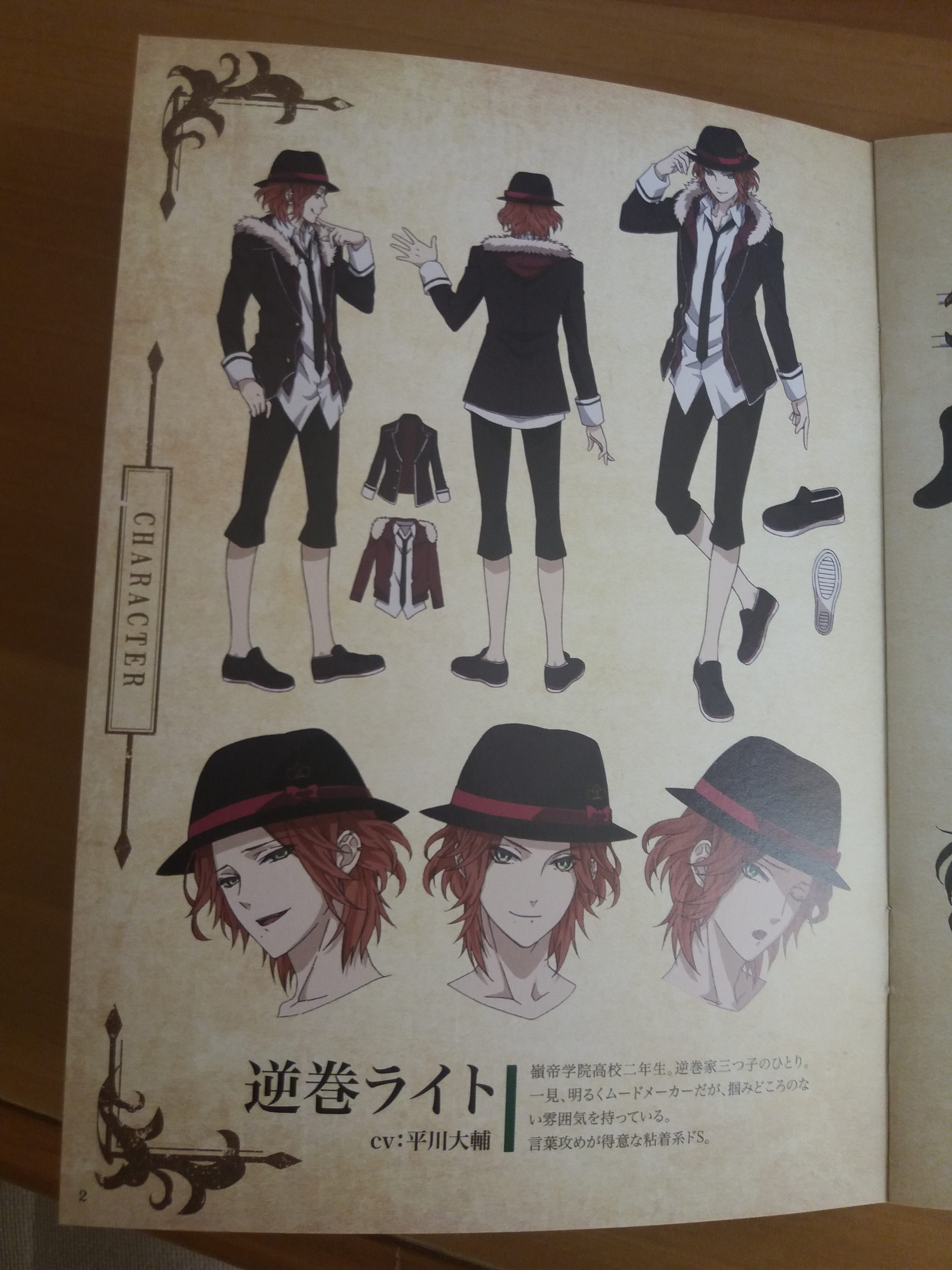 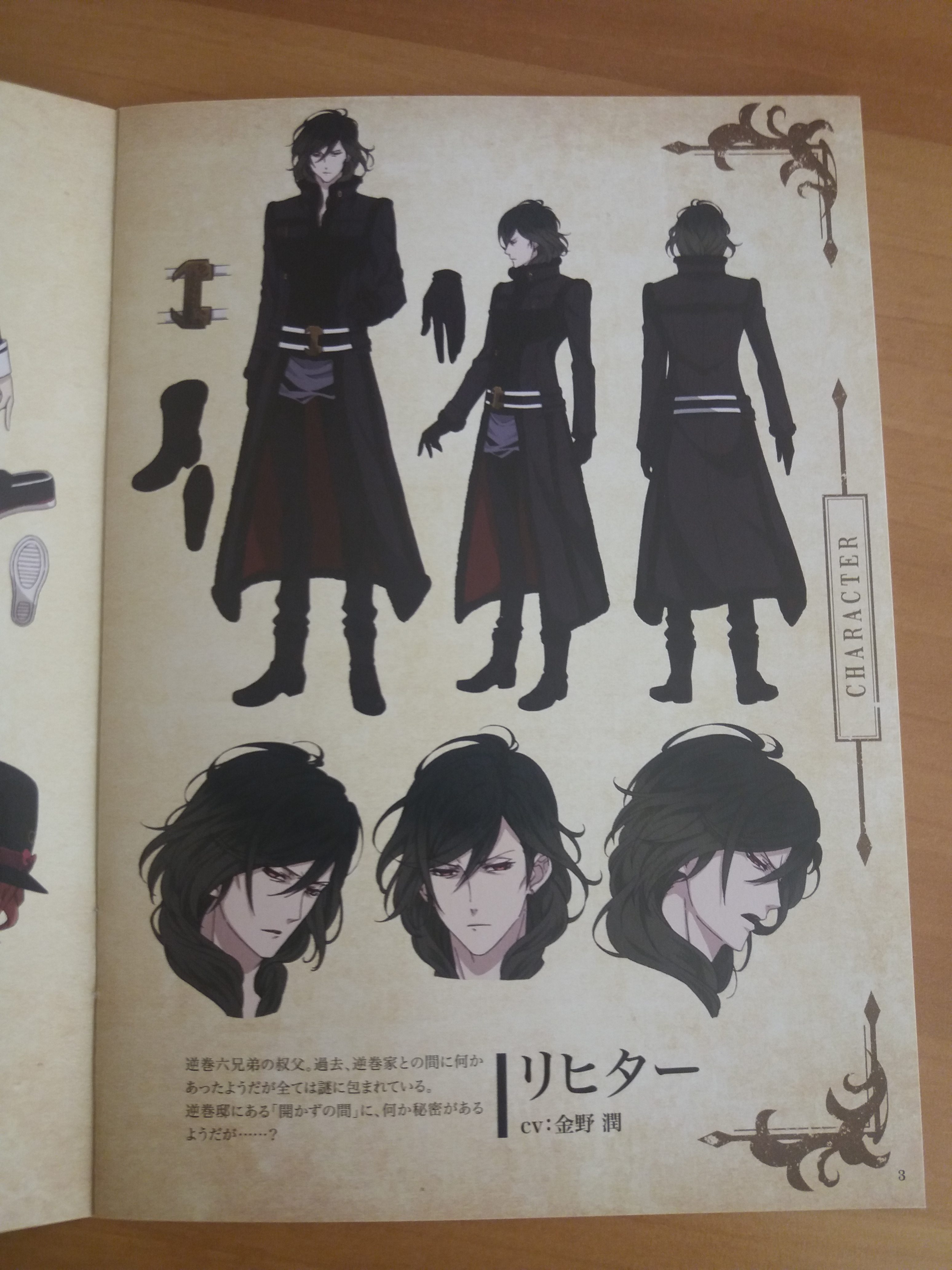 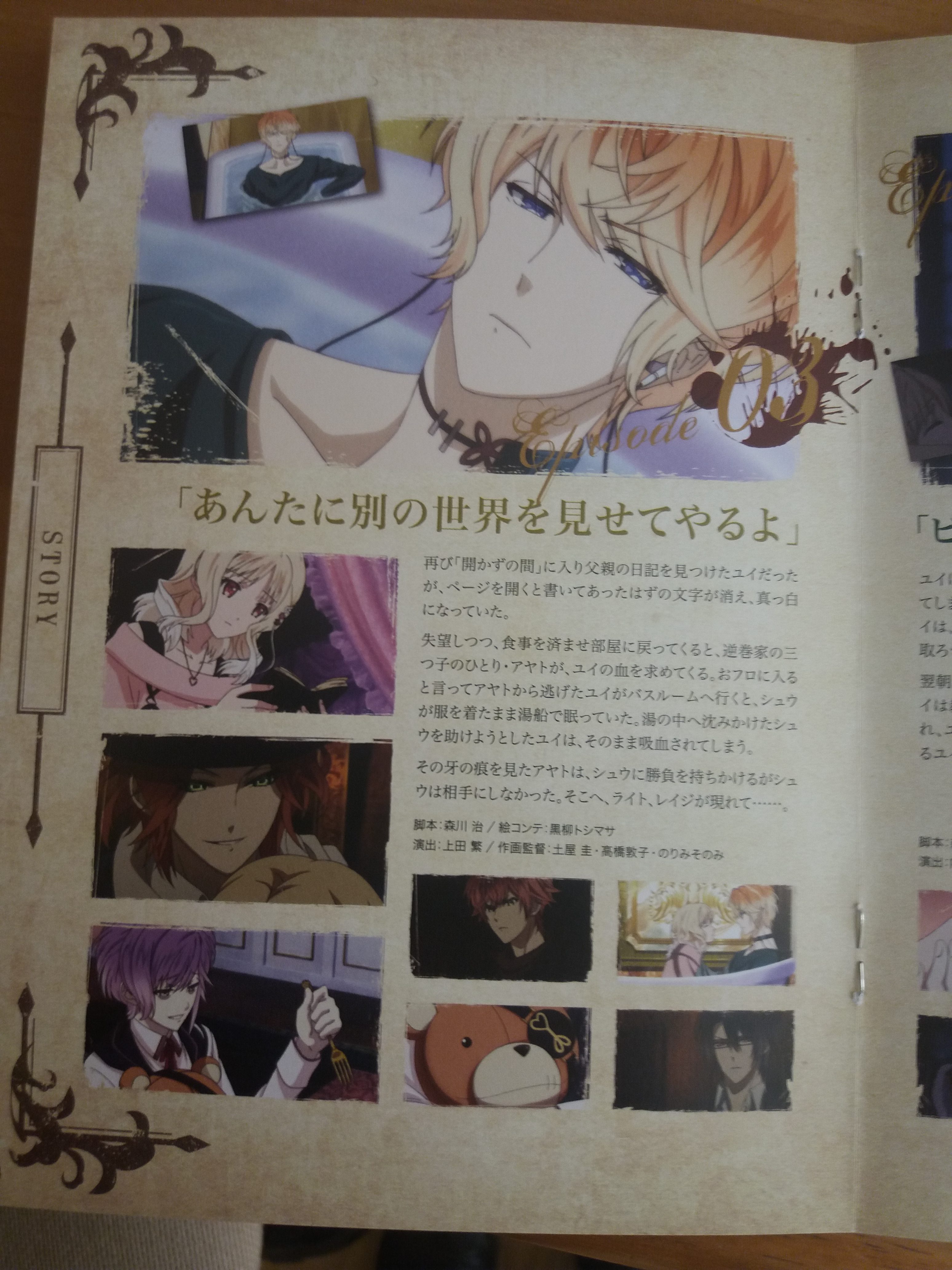 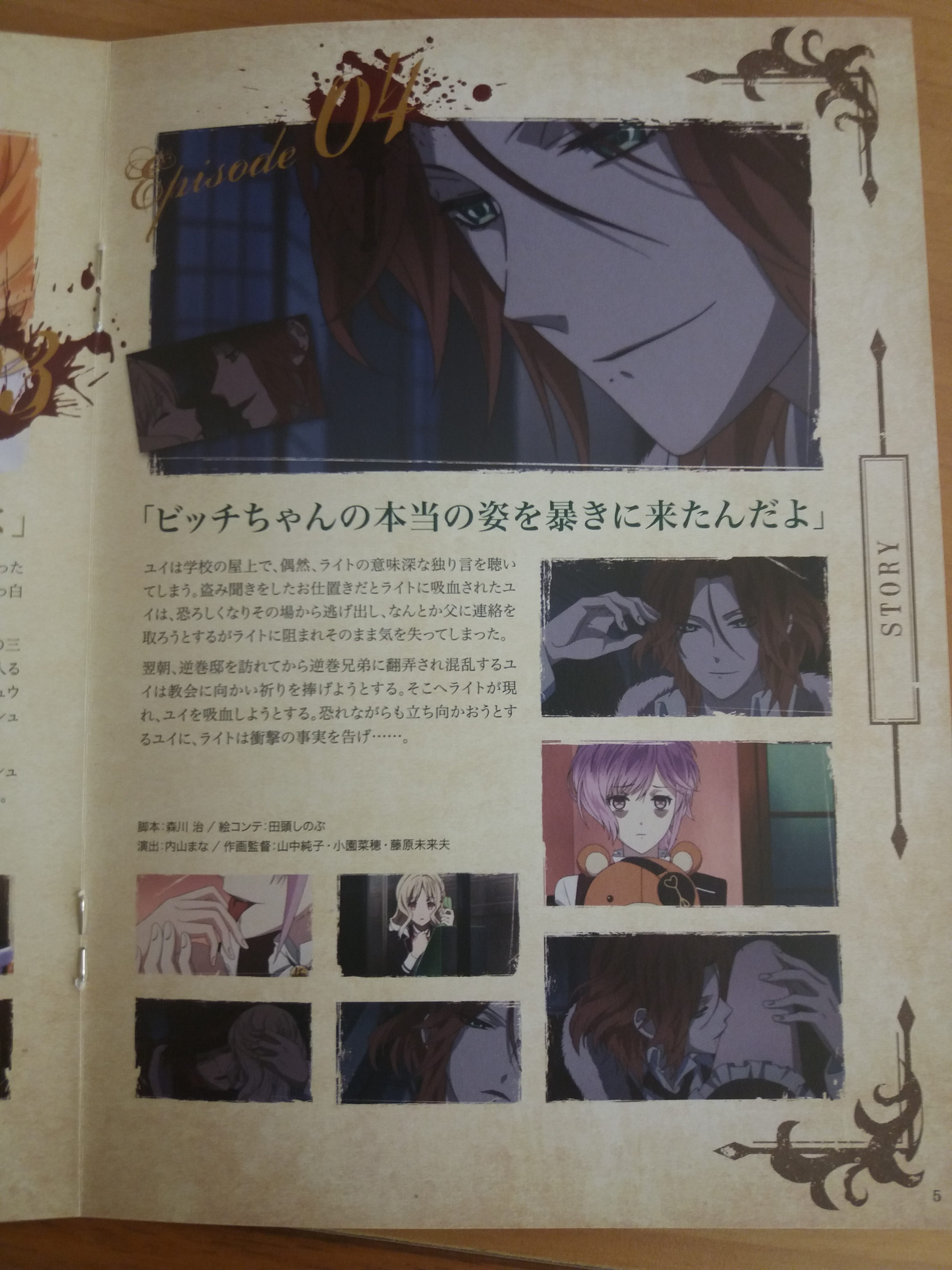 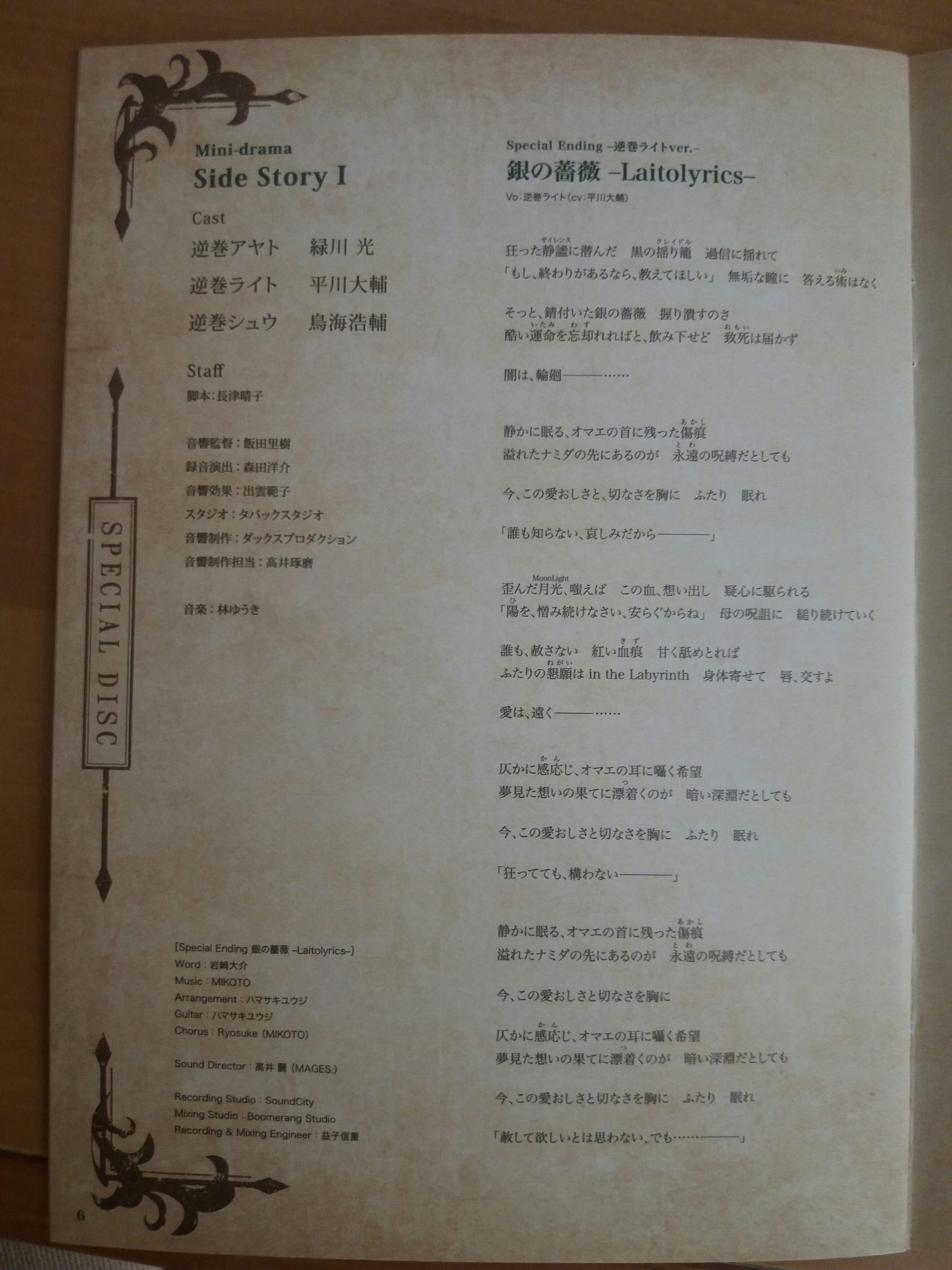 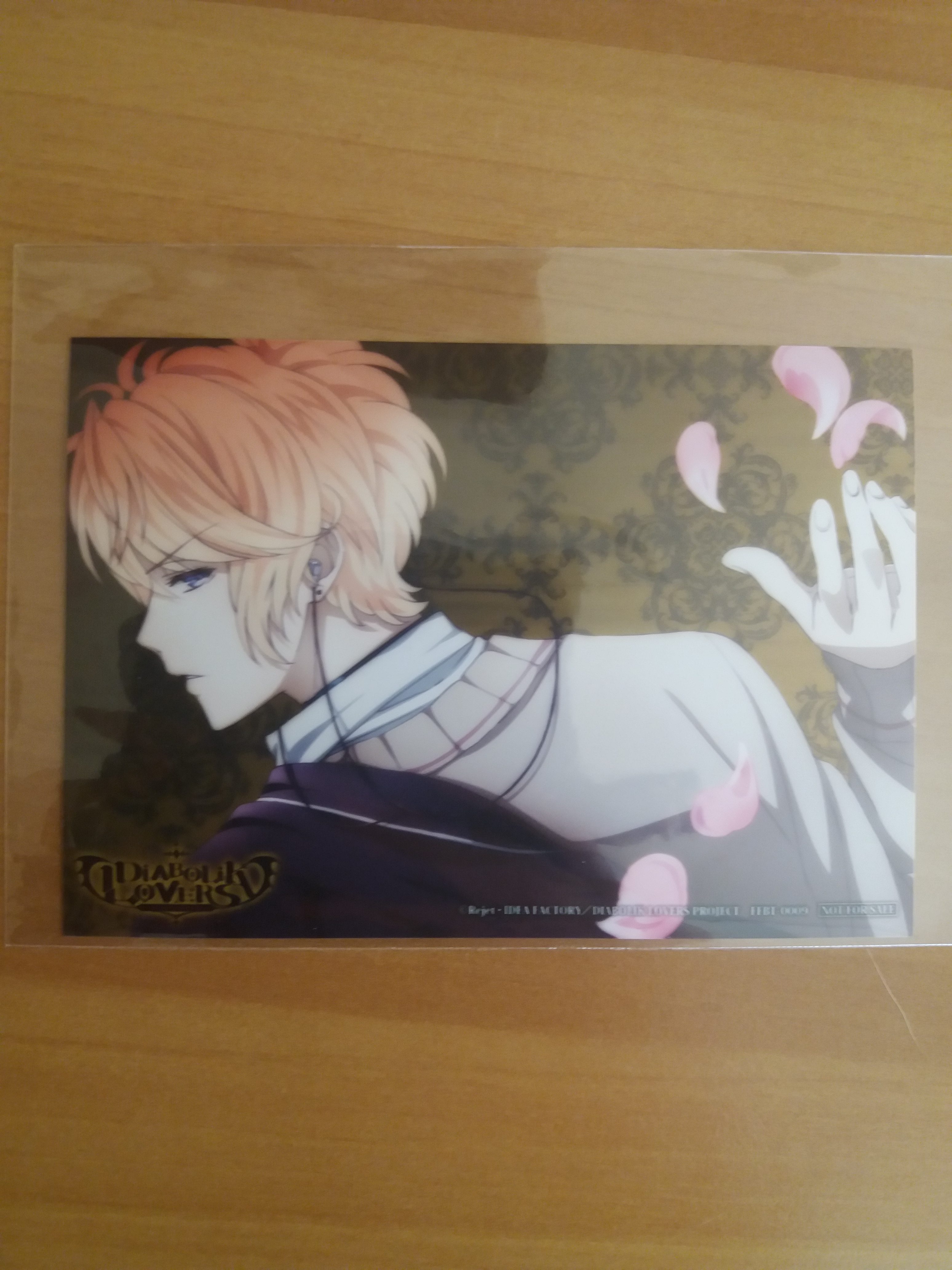 Let’s talk about the drama cd!

It starts with Ayato complaining about his uniform being all wet, and it’s all “that person’s fault”.

Then he shouts at Laito: “I know you’re here, don’t stare without saying anything!”.

Laito giggles and asks his brother why he’s so wet. It’s raining?

Ayato gets agry: that pervert needs to stop pretending he wasn’t there, he knows perfectly what happened. He was peeking at them, while they were at the pool.

Laito admits it and asks his brother how Yui’s lips were. It was probably her first kiss, after all.

Ayato is proud of himself: all her first times belong to him, since she came to his house. He’s not interested in things that already belong to other people.

Laito has the opposite opinion: the feeling of stealing someone from another person makes him excited! Yui is not that pure anymore after all, he already had fun with her too. She came to their house just to be a sacrificial bride, there’s no reason for him to act selfish.

Ayato is getting really angry now: he wants her all for himself, his perverted brother can look for other women to play with!

Shuu orders them shut up, he’s tired and wants silence, so he can finally sleep.

But then, he admits he saw that kiss too. And he wasn’t the only one, Kanato was present too.

Ayato’s naked body, while he’s waiting for his clothes to dry, is not a pleasing sight… can’t he just move somewhere else? He also takes baths while fully clothed, but it’s just because undressing is tiring.

While they are arguing, the clothes start to burn at the chimney’s fire.

Ayato gets even angrier. He order his brothers to stay away from Yui, she belongs to him.

Shuu replies sharply: why is he ordering him around? He has no obligations to obey and he doesn’t want to stay away from her. She’s their prey, he doesn’t need to search somewhere else.

Laito proposes to take a bet: they should ask Yui who is her favorite!

No one agrees and they all leave the room.