As promised, it’s time to show you some of the nice stuff I’ve bought in Japan! \(^o^)/

Before leaving, I had a goal in mind: buying all the cheap otoge I could find! I had a really long list of games I’ve been wanting to play, but I couldn’t have them all because, as we know, importing is expensive. That’s why, before leaving, I’ve read a lot of reviews, and took notes: how many were really interesting? which was the right price to buy them? Believe me or not, I made a rank from “I can spend about 4000 yen for this” to “I won’t buy it for more than 1500 yen”, and I stayed quite faithful to it!

I want to show you the cheapest ones first:

I’ve bought Trigger kiss on the first day, it was sold at Akihabara’s book off: I’ve payed about 2000 yen. I’ve always wanted to play this game, because it’s from the Glass heart princess staff (and you know how much I love that game) and the reviews make it sound really funny!

Then, Yakka yakou and Rear Pheles, for 1500 yen each: I think I bought them in Ikebukuro’s book off. I wasn’t that interested, they were quite low on my list, but they were really cheap, so why don’t give them a chance?

I’ve bought Binary Star in Nakano broadway, and I payed only 1700 yen; that made my day! I’ve always been interested in this game, I can’t wait to play it!

I usually don’t buy LE, because….well, I don’t have enough money! But when I saw the Re:viced LE sold for only 2000 yen, I obviously bought it!

Then, let’s talk about the more expensive ones.

I was curious about Dance with Devils: I’ve watched the anime and it didn’t really impress me, so I haven’t bought the game at full price, when it was released; I hoped to find it somewhere quite cheap, but it’s still popular, so I had to lower my hopes. I didn’t know if it was worth 4000 yen, I thought about it for a while, and yet got it. I hope I won’t regret it later!

I was also searching for Period Cube, I entered a few stores to compare the prices (yes, I know my life is sad) until I’ve seen it sold for 3200 yen, and I thought it was not a bad deal.

I was really interested in 7’s scarlet too, because the reviews are all really good… and I couldn’t believe my eyes when I saw the LE sold for less than 5000 yen, even if it was released just a couple months before! Obviously, I got it.

The last game I’ve bought, on the last night in Tokyo, was Haitaka: it was the release day, and it felt so good seeing so many copies sold in the entrance of Akihabara’s book off! Give my copy pleaseeeee!This will be forever a good memory, to remind me that I was in Japan on September 29th.

Moving on from games, time to show you my music purchases!

I used to be a great Arashi and Kanjani’s fan years ago, so I looked everywhere for old CDs and singles released when I was a huge fangirl of the groups. And I found them in Akihabara’s Mandarake! Arashi’s Too be free single was sold for only 50 yen! I swear I looked at the price like “have they forgotten a zero? Is this real?”, and the same was for all the others, sold for 200/300 yen.

While I was shopping in Nakano, I’ve seen many old copies of B’s log sold for 100 yen, so I thought “why not? In the worst case, I might use them as posters!” and I’ve bought the most recent ones. Also, an Arashi book, still for 100 yen, and a Storm Lover fanbook. (Can you feel my eternal love for Book offs?)

I didn’t even know that the most popular otoge had manga, but all these were priced 100 yen each, so I gave them a chance. I’m still reading Clock zero’s light novel, that’s really good!

As I’m a Project diva fan, you cannot blame me if I immediately bought this cute Miku, priced only 1800 yen! 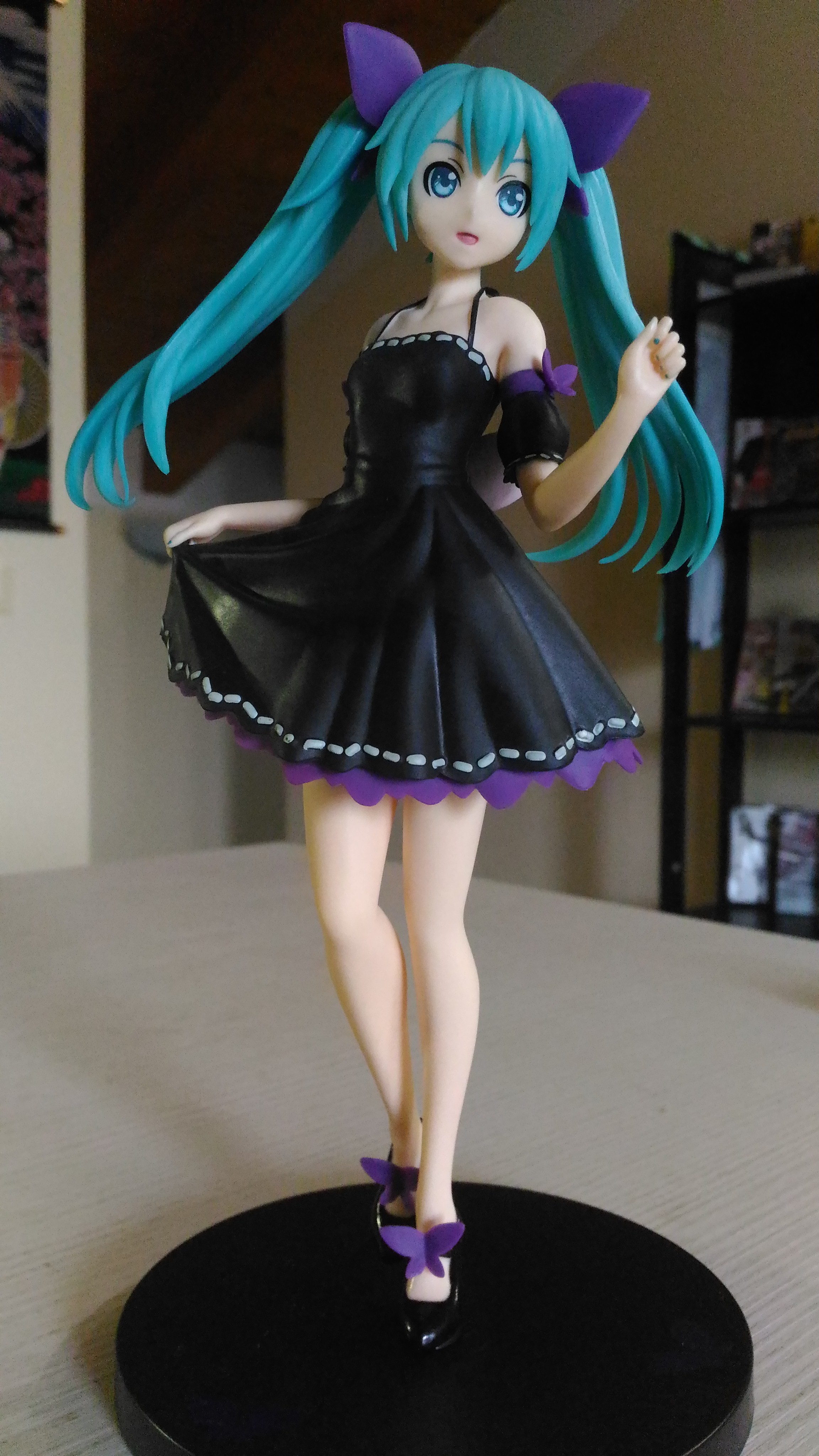 Also, Oikawa is my favourite Haikyuu’s character, that’s why I bought it too, for the same price. 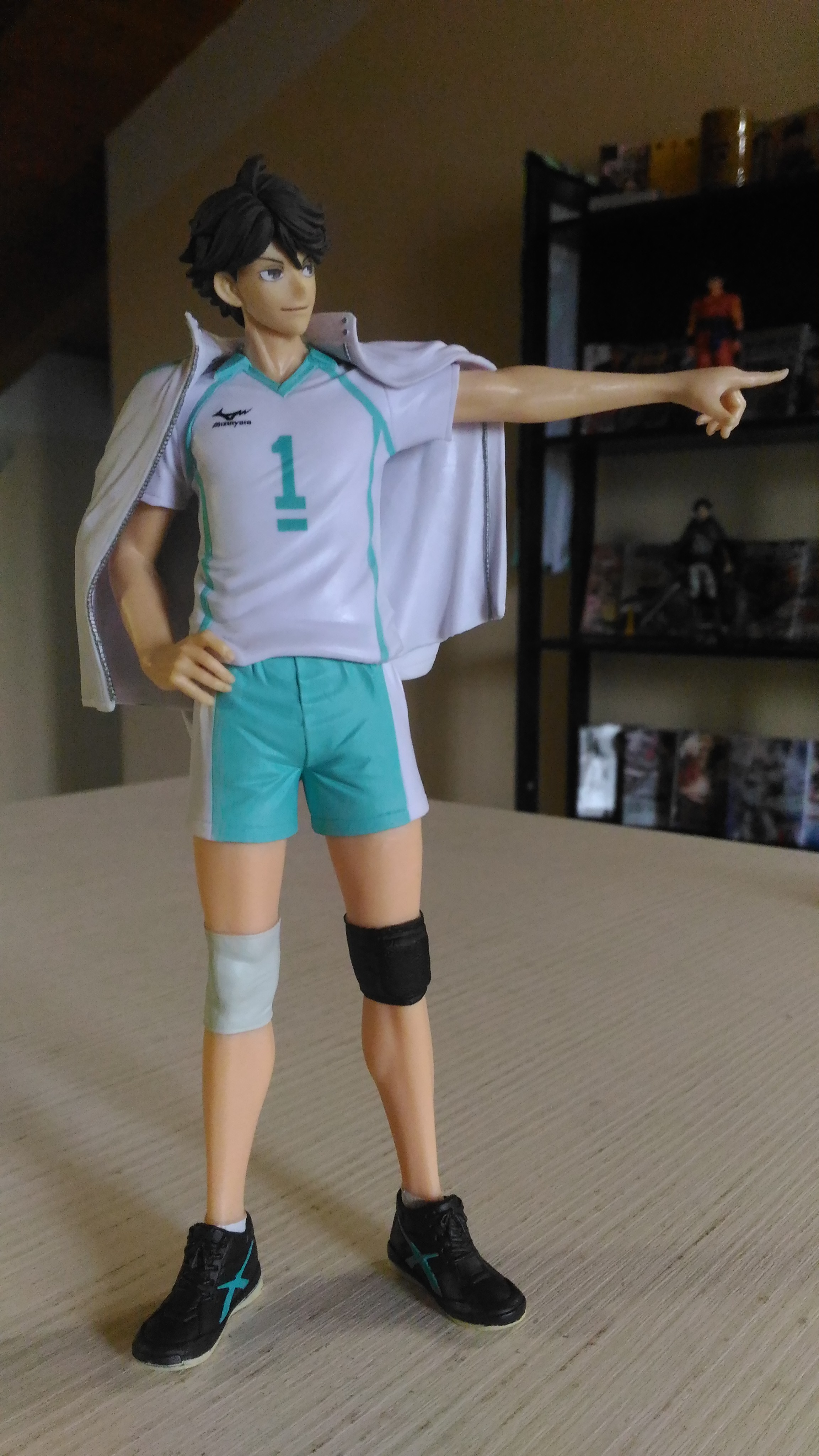 I’ve never bought badges, even if they are so popular everywhere, but I’ve trusted my luck with gatcha a few times. And these are the results: sometimes it was good (Sakuya is so cute), sometimes quite bad (can you see Klap’s sensei? Why couldn’t it be Sousuke or Camil??). 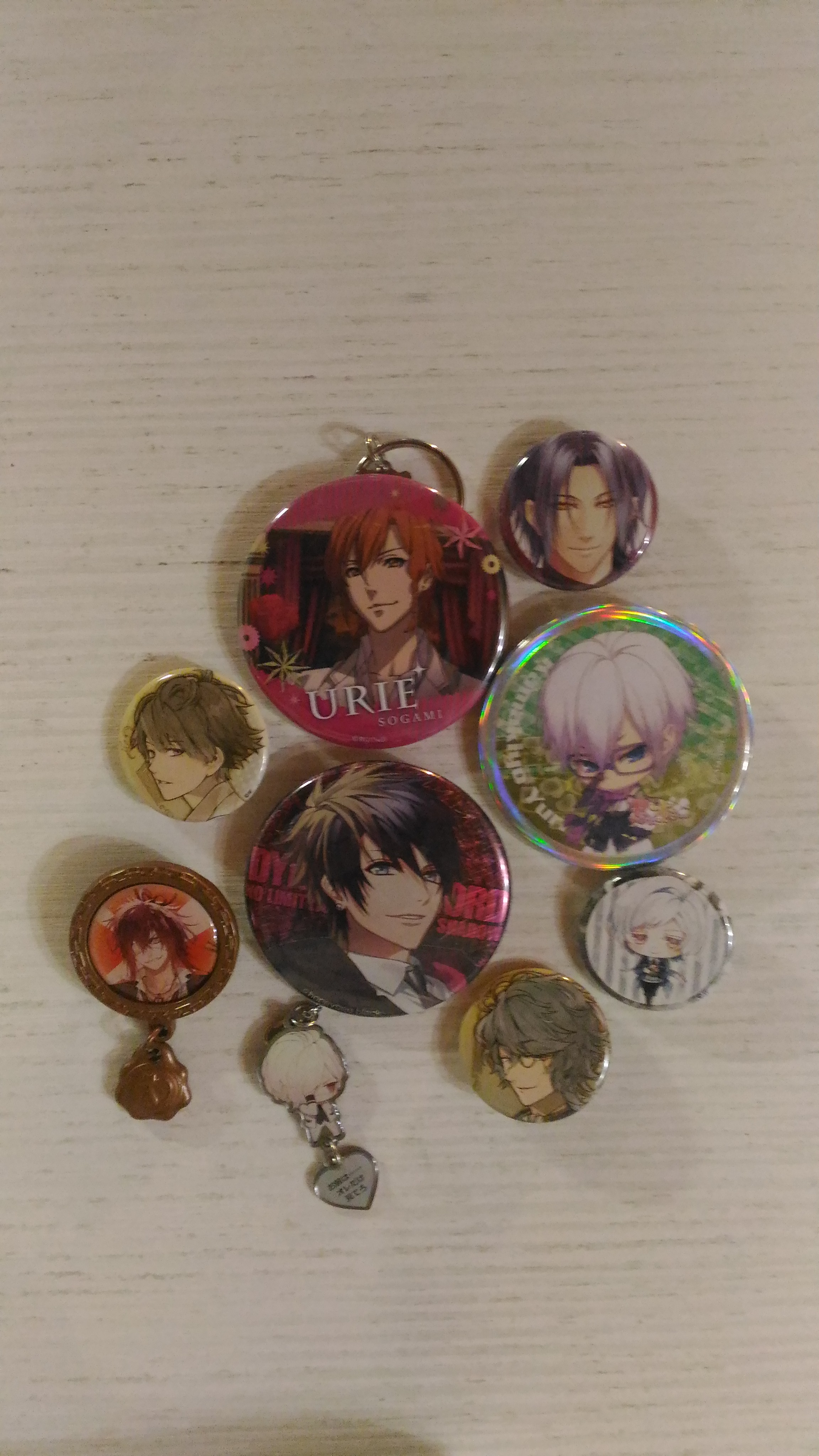 Also, my only otome road purchase, were those cushions priced about 500 yen each.

Cushions seem so expensive everywhere, so when I’ve seen them at decent price, they had to be mine!

That’s about everything, I also bought a few geisha souvenirs for my family and I exposed one in my living room too. (my boyfriend bought many figures instead, so now our house seems a shop, really). Thank you for reading, I hope you liked it! \(^o^)/

4 Risposte a “My Japan purchases!”