It’s been a while since I came back from Japan, but my blog is kind of new and I thought it would be good to share here my experience! \(^o^)/ 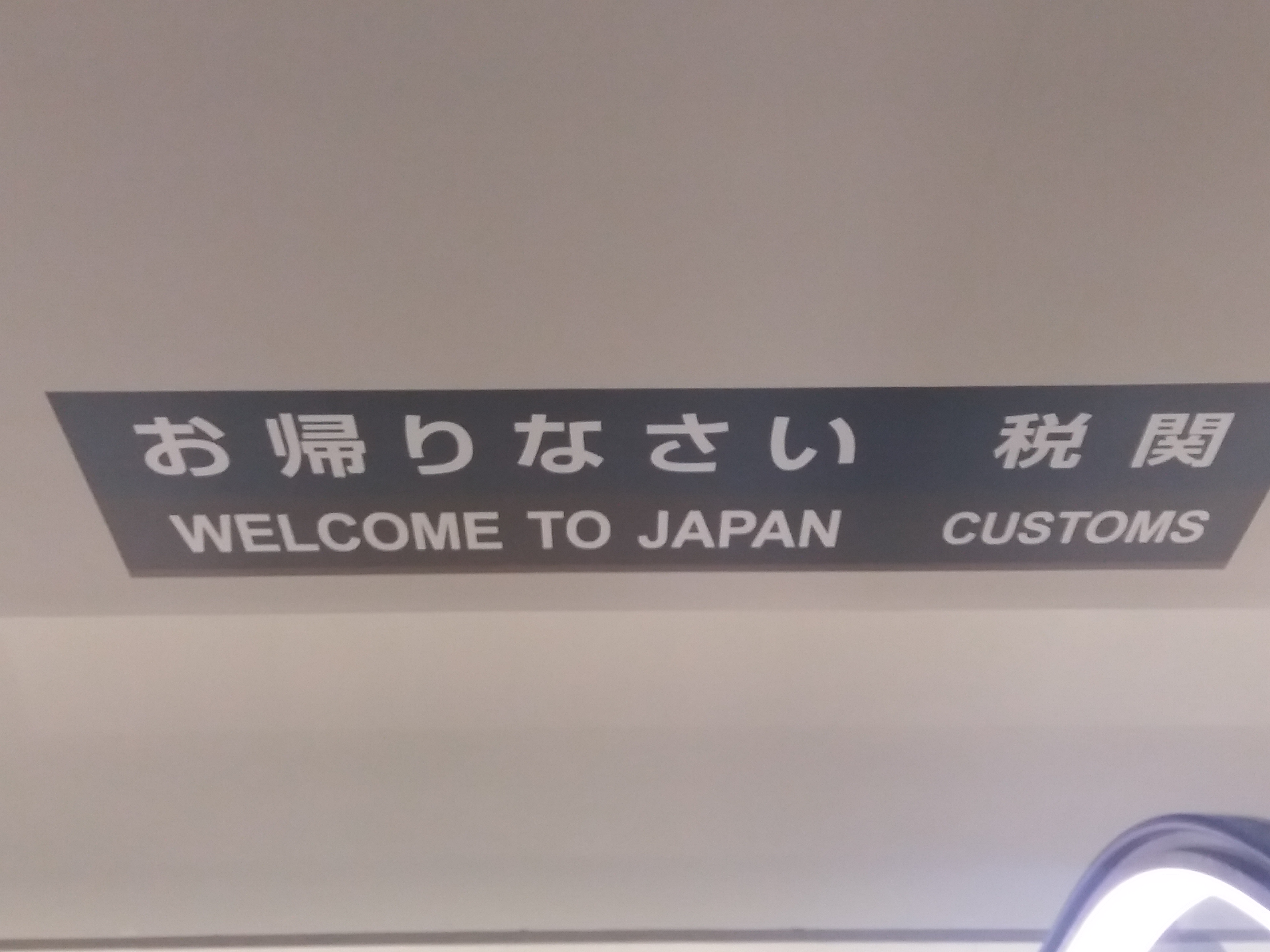 First of all, I’m from Italy so it took me about 24 hours to get there: 12 hours on the plane, plus the train, the subway… well, let’s say it was really tiring. But I’ve dreamed about this for my all life, so I was happy more than anything!
Unfortunately it was raining on the first day, so finding our hotel wasn’t that simple and I needed to ask for directions: that’s when I realized that japanese people really don’t know a single english world! well, I was expecting they were not fluent in english, or at least most of them, but………. I hoped that those who live in a big city like Tokyo were used to deal with tourists sometimes! but in fact, they don’t even speak basic english words. Anyway, even if my japanese is bad, I realized I needed to use that al least to survive.
Needless to say, it was the same also in my hotel: as soon as the staff noticed that I’m able to understand a little japanese, they immediately talked to me like I was a japanese person, they didn’t even talk to me slowly!
After all this struggle, I finally started to explore the city.
My hotel was in Asakusa Bashi, so from there I could just walk to Akihabara… in fact, we were there almost every evening!  Since it was still raining very hard, we entered some random shops: the first one was a book off, and since that moment we decided that it was our favourite place for shopping!
It felt so strange to see otoge sold among other games, and some were really cheap! I bought Trigger Kiss for about 2000 yen, and it was just the beginning! \(^o^)/
The next day, we decided to enter every Akihabara store. It took us about 10 hours, I don’t even know how I managed to survive, anyway it felt like a dream! In fact, Akihabara was really different from what I expected: I had this image of “men’s place”, but it’s not true at all! Ok, you can easily see hentai, but there’s also many merch for girls!
Animate is really girlish, you don’t really need to go to ikebukuro to see otome stuff, but the prices were really high, so I just watched without really buying anything. Why should I buy there a game for 7000/8000 yen? It’s even cheaper to buy from Italy! Anyway, the most popular stuff seemed to be Love Live for men and B Project for girls.
My boyfriend wanted to buy One Punch Man, One piece, Naruto, Attack on Titan’s stuff… he was so depressed to see that there isn’t much shounen merch in a place that is supposed to be for men!
While he was complaining, I’ve bought many other cheap games (the LE of Reviced was about 1800 yen) and also otome manga for 100 yen each! I didn’t even know that Clock Zero’s novel existed and I bought it immediately! 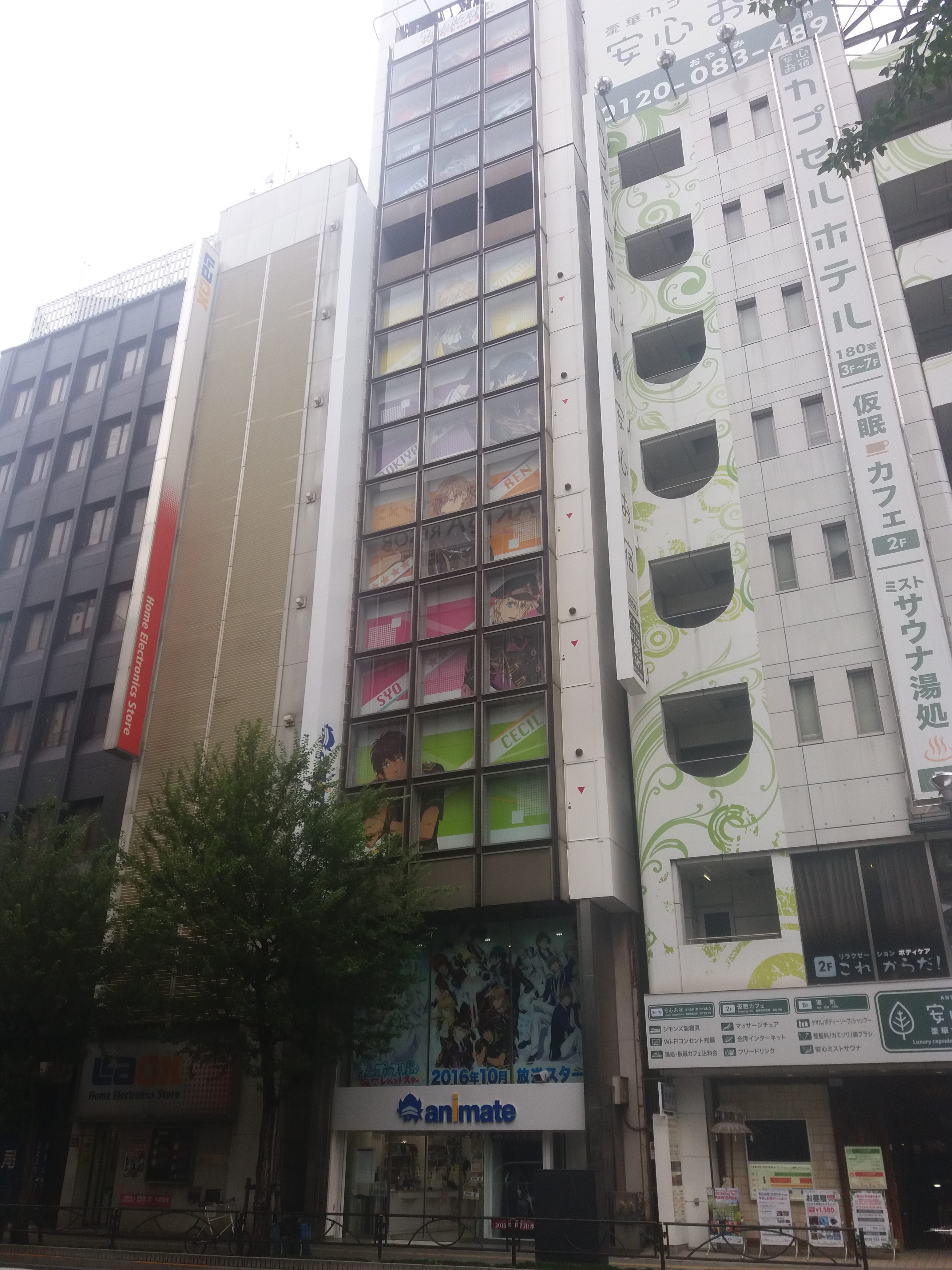 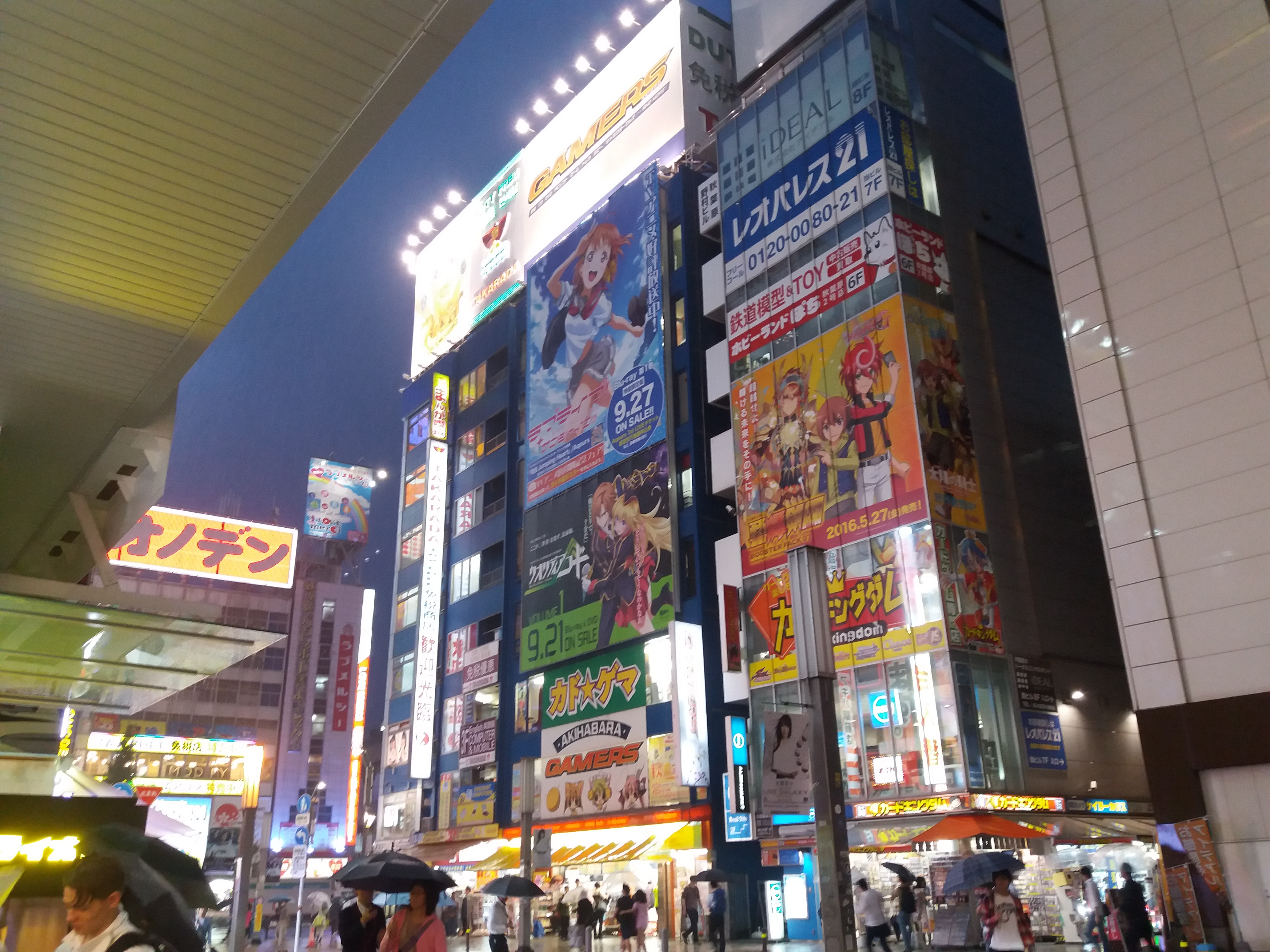 The 3rd day was dedicated to “traditional shopping”: we went to Asakusa, to see the temple and buy a few souvenirs for our family/friends. I fell in love with little geisha dolls, there are so many of different sizes and clothes… I’d buy them all! So I bought one for my mother, one for me and one for my aunt.
Unfortunately it was raining so hard, that we needed to go early to the hotel to change clothes, because even if I had an umbrella I was soaking wet. 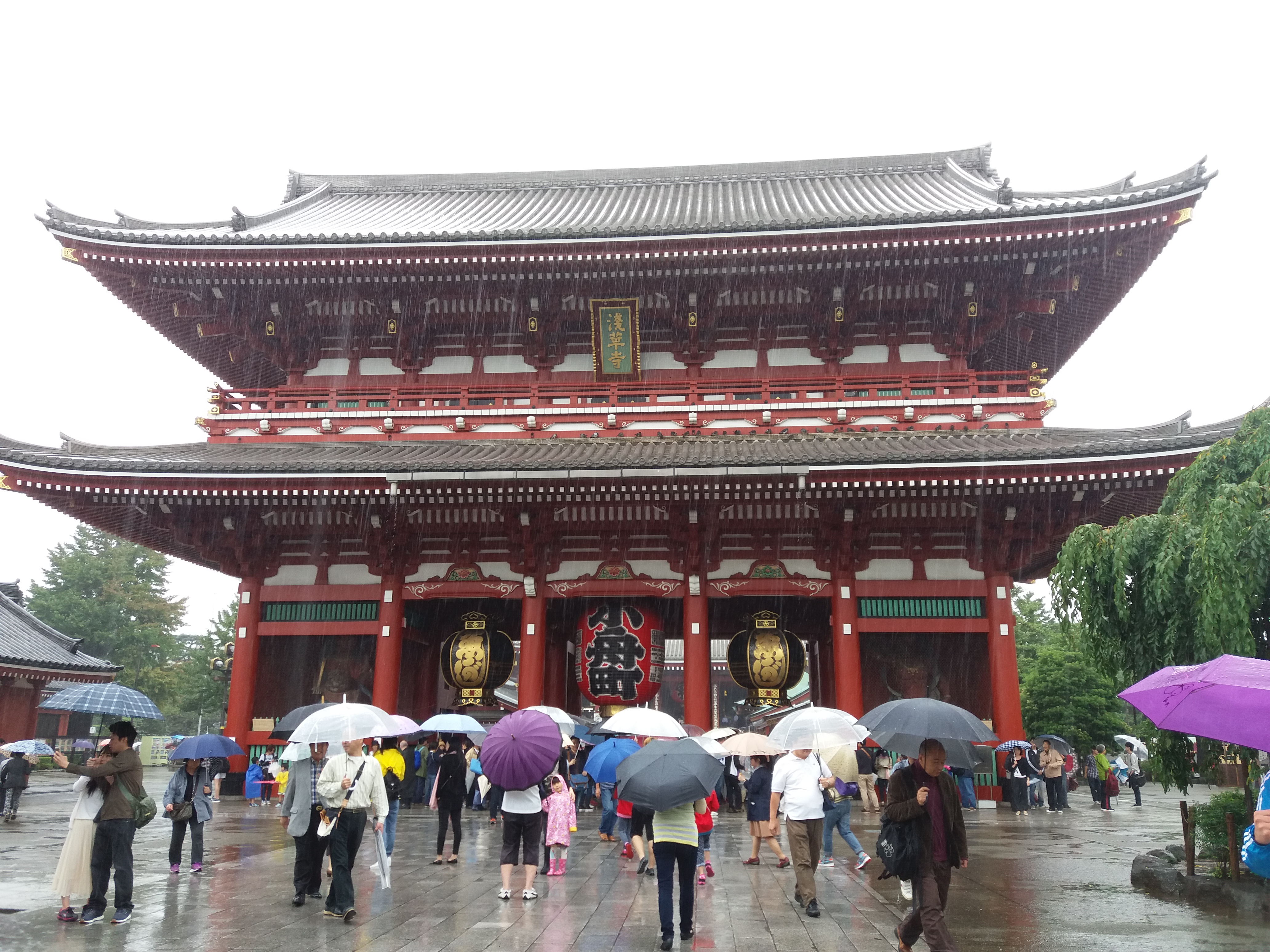 The weather got better the next day, while I was in Shinjuku.
As usual, even if I saw many stores, book off was my favourite! I took a lot of pictures, even if Shinjuku itself didn’t impress me: apart from the Gozzilla, nothing really amazed me.
Also,the square enix bar was really expensive, but the store with the figure’s room was really amazing! 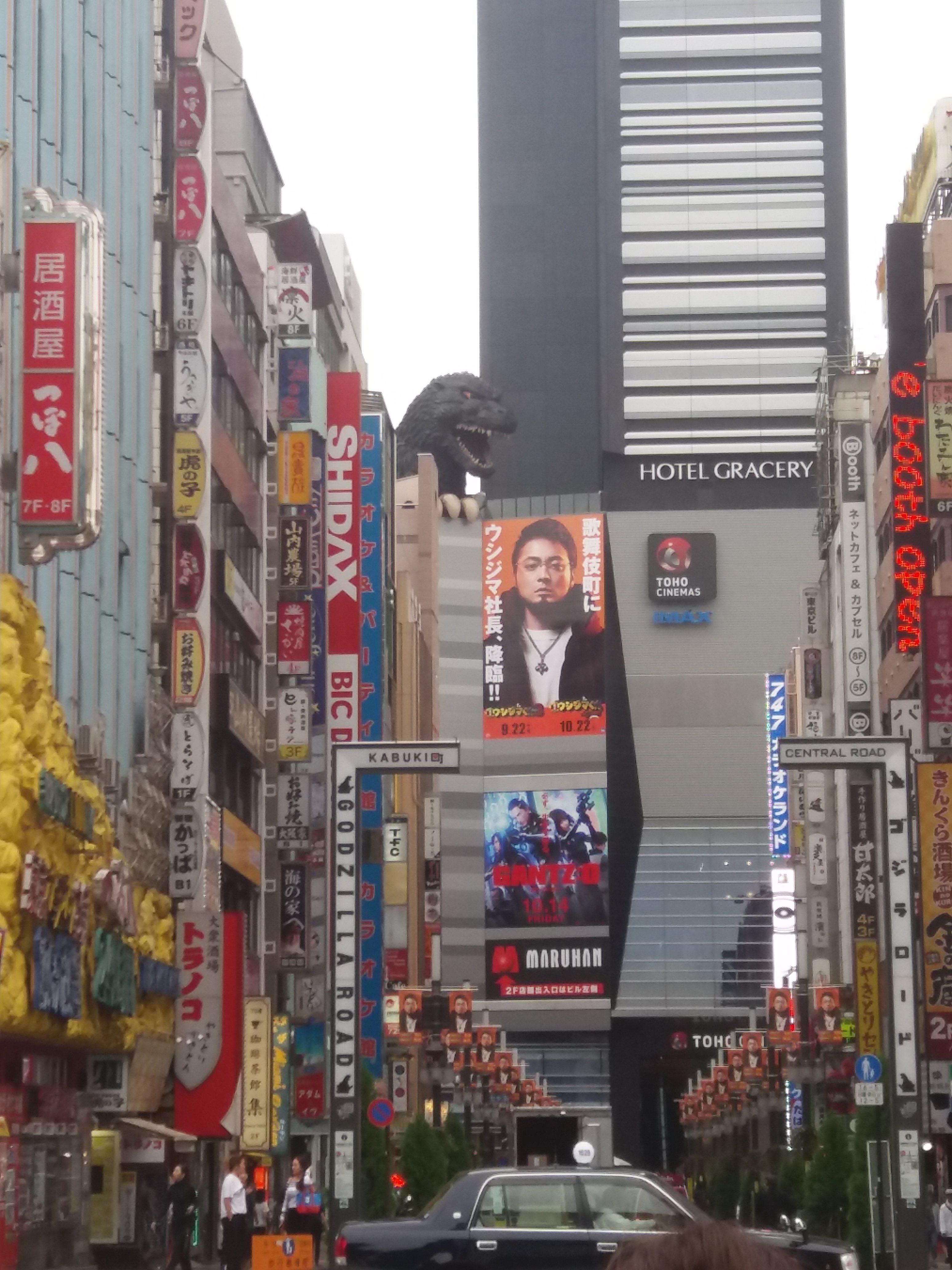 On the 5th day, I went to Nakano Brodway.
As it was saturday, I was afraid to see too many people, but it wasn’t a problem at all, at least until 3pm. In fact, I admit I thought to have more “problems”, both in the stores and on the train, for the huge crowd: but if you go there around 10am, before the shops open, then you can enjoy shopping without worrying!
The Mandarake had so much interesting stuff, we spend a lot of money and ate delicious sushi. 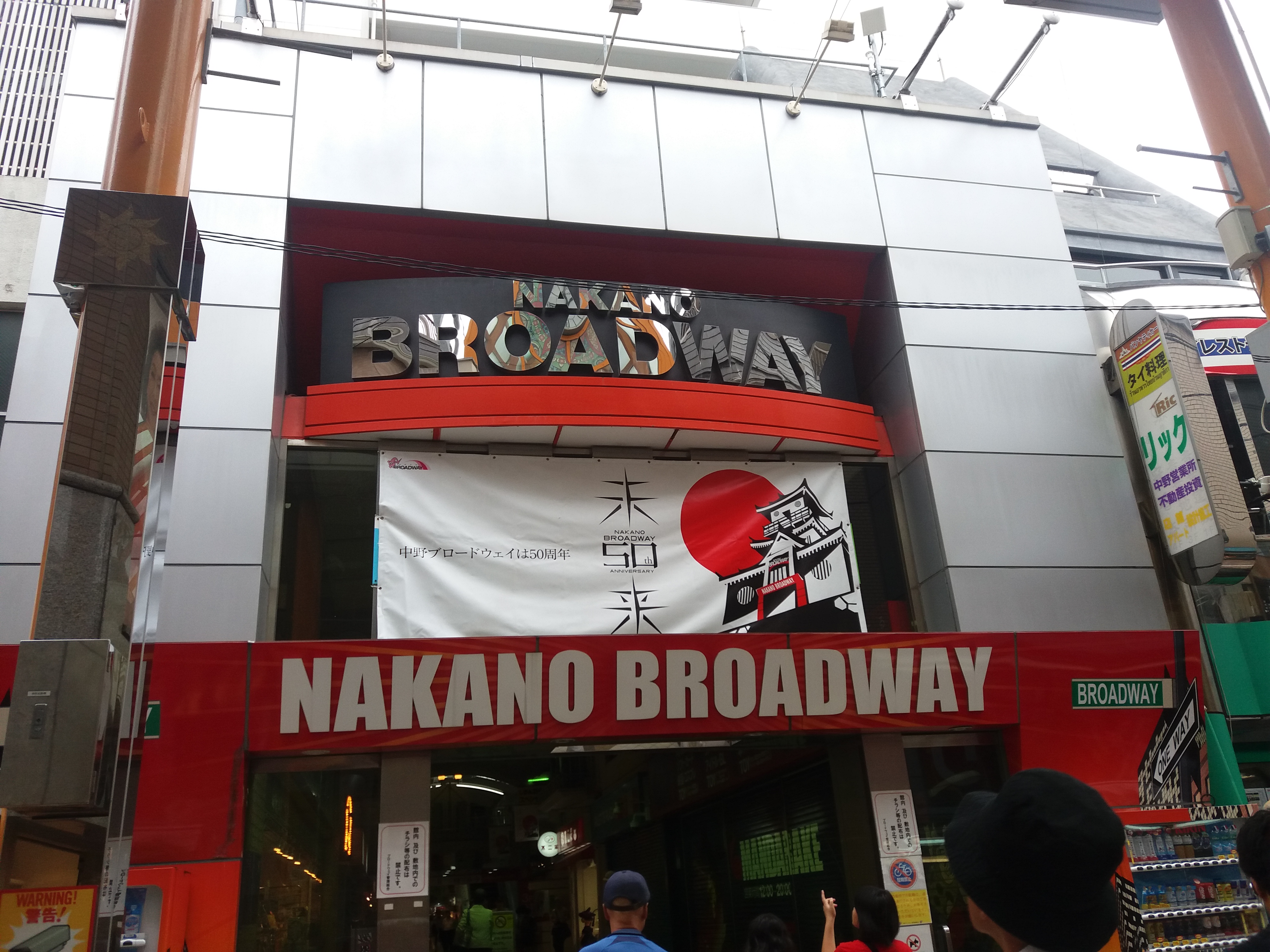 On Sunday we went to Shibuya: we hoped to enter the Parco store, but it was closed for a while (what a bad luck), so we moved to Harajuku. My friend wanted to go there on Sunday to see cosplayers and “weird people”, but I haven’t seen many… tbh, the strangest people weren’t japanese or asian at all.
I think many people idealize Japan as a place where you can cosplay in the streets everyday, but it’s obviously not true, not even in “anime places” like Akihabara: you see many maids, but they are working, not doing it for fun. In fact, the only cosplayers I saw were american/european people, who probaly thought it was “normal” going out dressed up like that………… well, it isn’t. 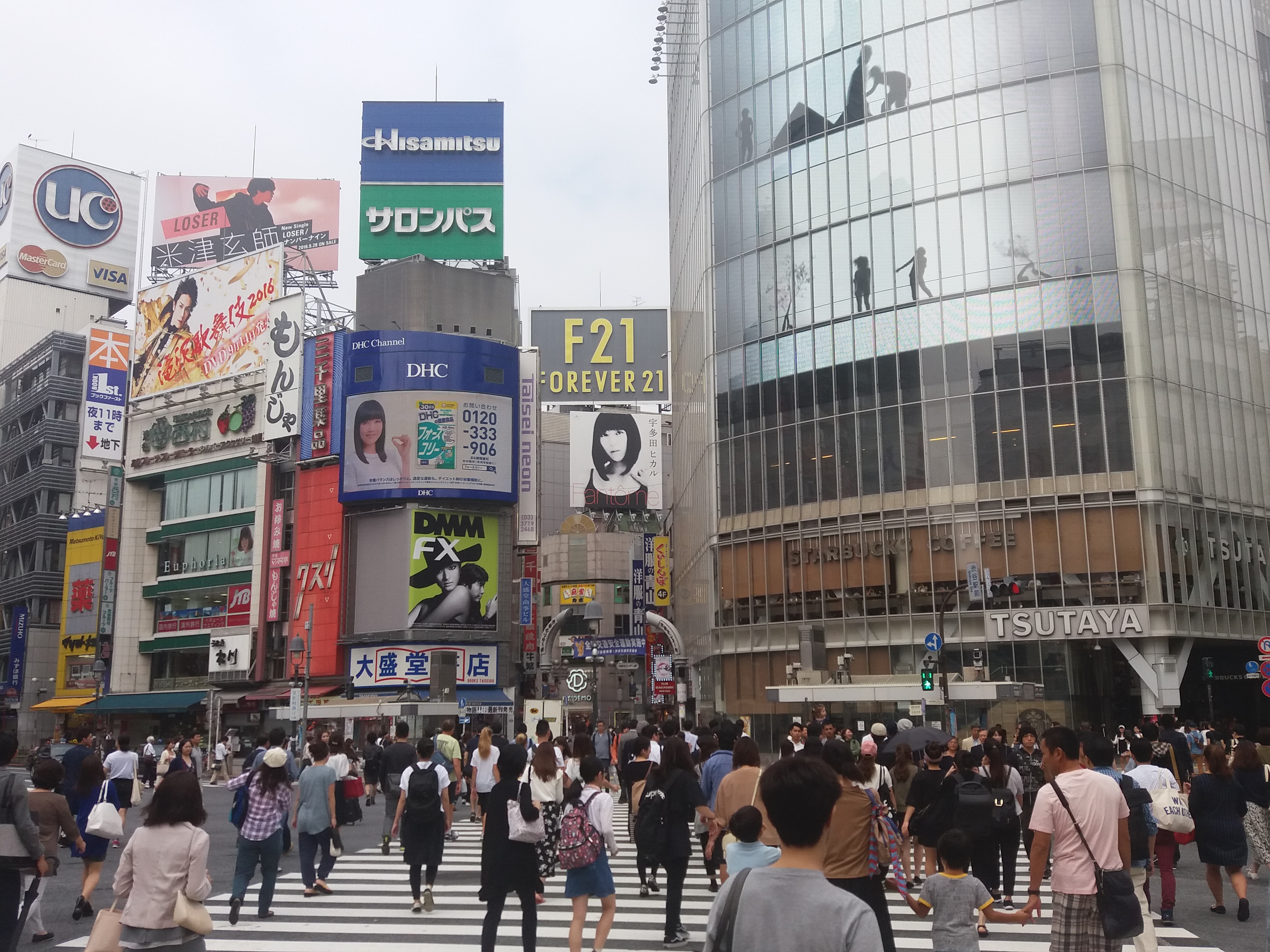 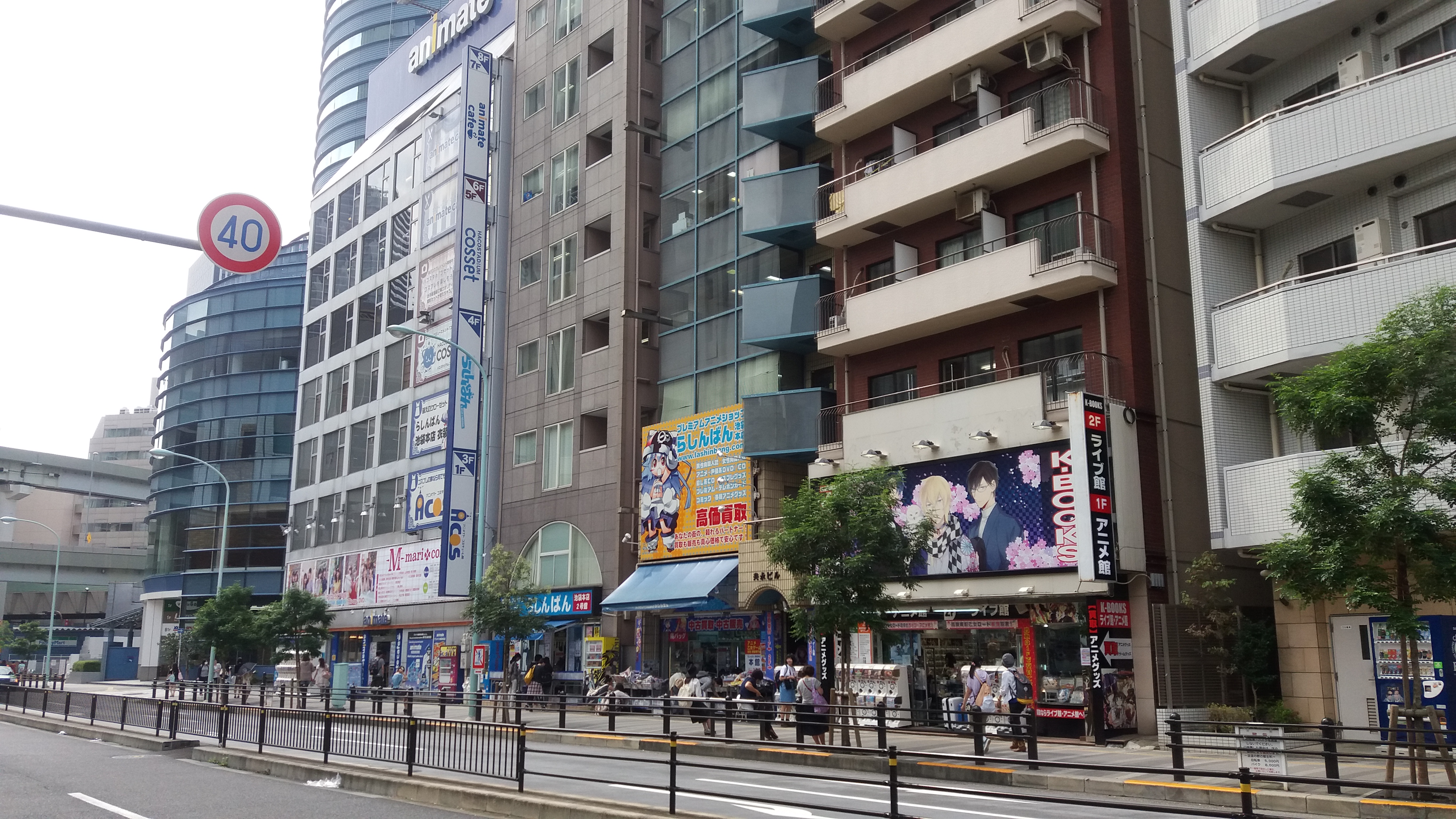 The next day, I went to Ueno.
The park was really amazing, I took a lot of pictures at every corner!
Unfortunately, it was really hot… well, the weather is really different from Italy: when it’s hot in Italy, it’s because of the sun, while in Japan I felt like suffocating from the humidity… really, I couldn’t breathe! how can they survive?!
I had to go home quite early, before collapsing there… 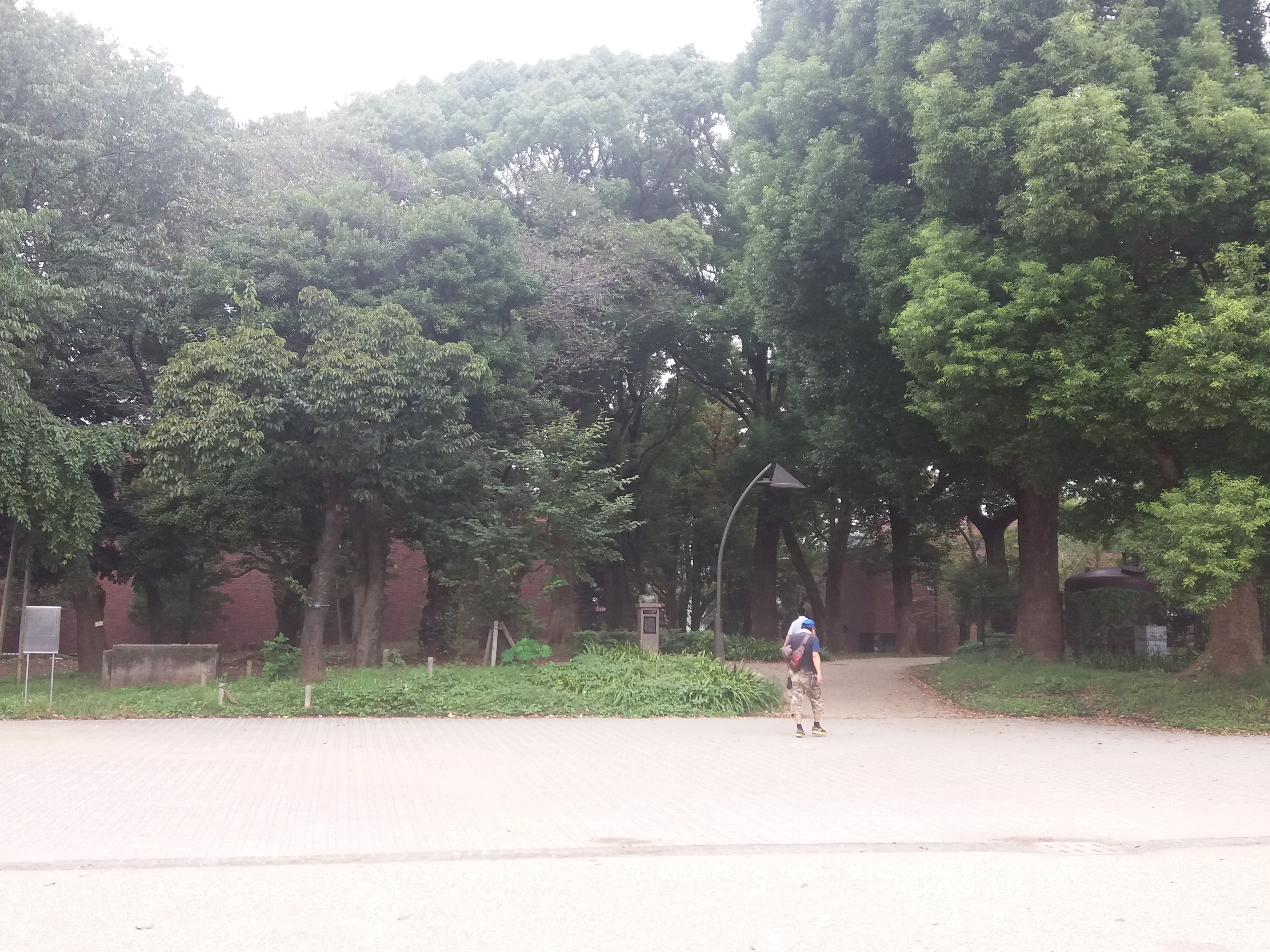 At night, we went to karaoke! I had a lot of fun, singing anime and idol’s song has always been a dream for me! it was quite expensive, but totally worth it.
My boyfriend took a lot of embarassing videos, which will never be shown to anybody… I still have some pride left, you know? XD

On the 9th day, we went again to Ikebukuro.
I was there to see the Evangelion store and the Rejet shop, but both were quite disapponting… they were so small! Before entering the shopping mall, there were a lot of people in line, waiting for the opening… and most of them were there for Rejet shop, which was immediately so crowded! I even had problems entering and seeing stuff, I swear! Nothing was really interesting anyway tbh… but it was funny to see also an old woman with her bag full of Rejet’s badges!
The japanese stores are really different from all the anime/game conventions I’ve seen in Italy, because you can see also people in their 40s and 50s looking for manga and games like it’s totally normal… that’s really amazing, how people there don’t think it’s just an hobby for young people! 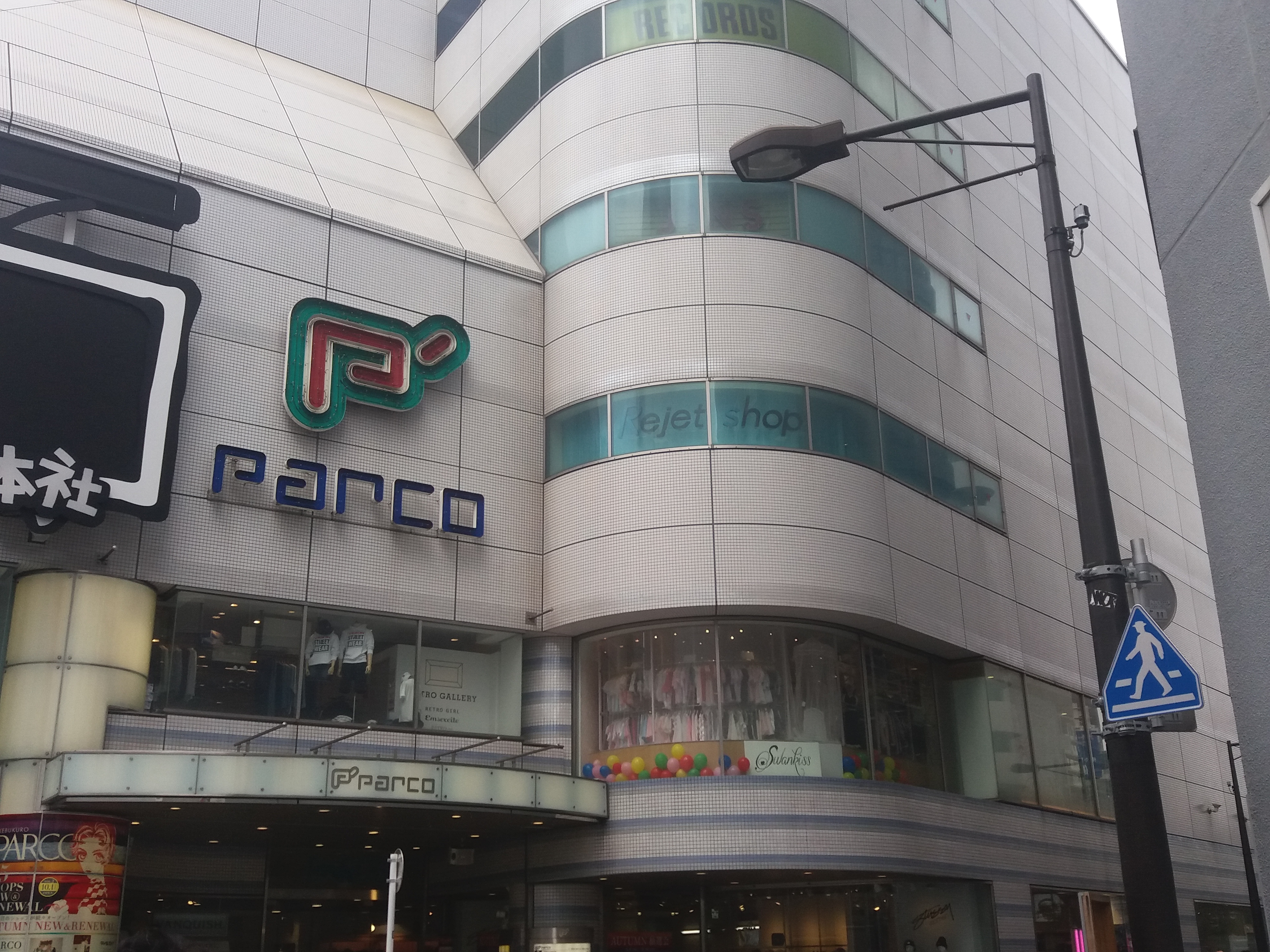 The last day was dedicated to Minato.
We went to the highest observatory of the Tokyo tower and it was really fascinating, to see Tokyo from above… I really felt like somehow I’ve accomplished my dream!
I’ve bought a lot of souvenirs, also the weather was finally good, so I really enjoyed it. 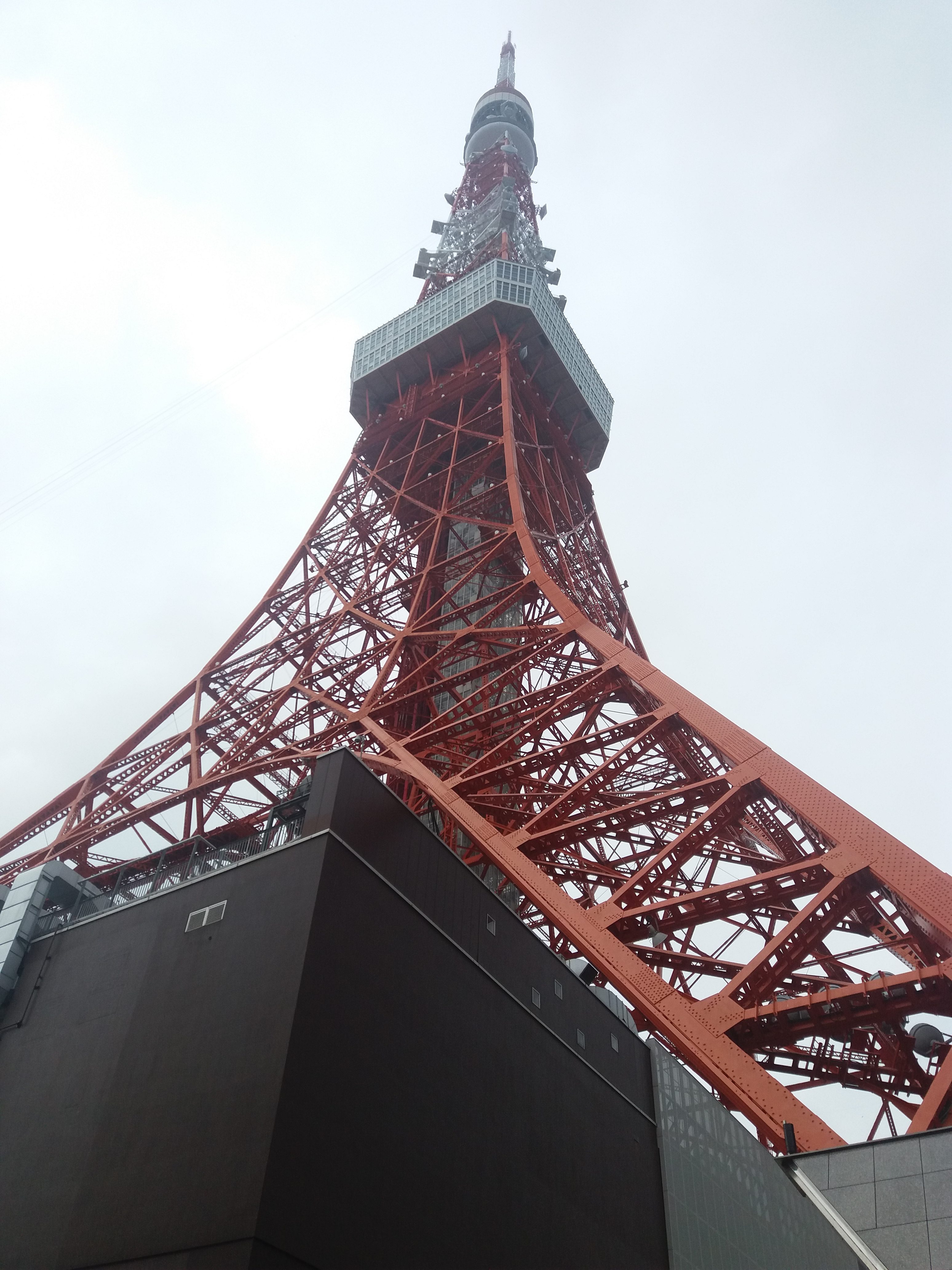 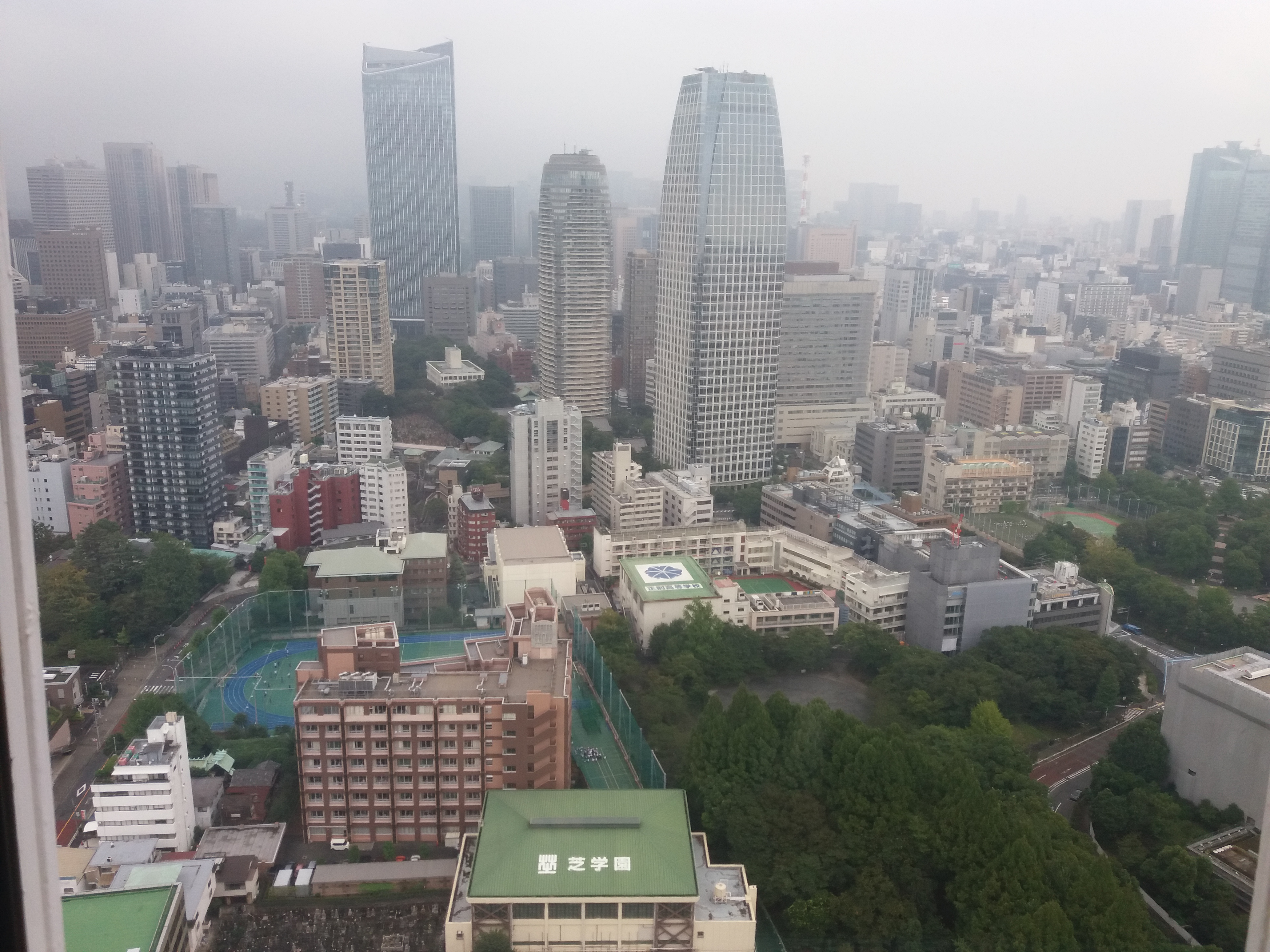 At night, we went to Akihabara for the last time: I’ve bought Haitaka, and it was so good to see an otoge exposed in the entrance of the store, as a new release of the day! That’s definetly something that I will never see in Italy, sadly.
On the next day, I went home………… and my trip finished.
I have a few regrets, but I’m overall happy about it, I did almost everything I wanted to and for the first time I’ve seen with my own eyes how is living in Japan: something was as I imagined, something was not… but I’m not that disappointed. I don’t know when I’ll be able to go back, but I’d like to visit Osaka next time, it looks very different from Tokyo… maybe next year, who knows?

Tomorrow I’ll be posting about all the amazing stuff I’ve bought there!