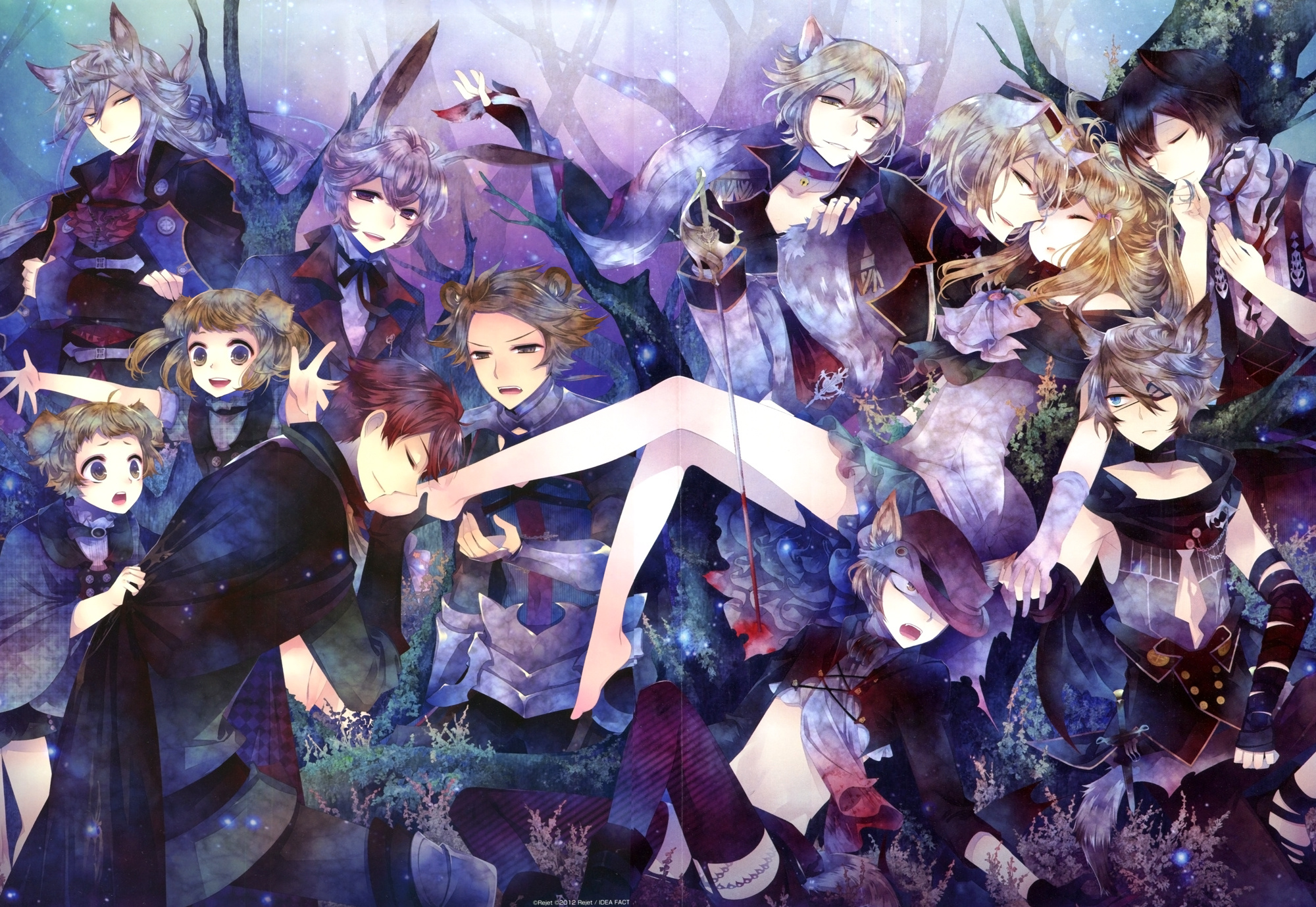 As promised, this time I’m bringing something new to my blog: a guest review!

This review is written by a friend of mine who doesn’t play otome games, even if I’ve been trying to bring her to the dark side for 3 years now: she just played a few routes here and there, but she never completed a full game; actually, she even dropped almost all the routes she started.

But I knew she could have liked Black wolves saga, because this genre is more similar to her tastes (she likes bloody anime), so I told her: if this game can’t make a miracle happen, I’m going to give up. Seriously, if you hate this too, I won’t try to make you play other otome games, I swear!

I wanted to share her opinion, because I think it can be interesting for fellow otome gamers like me, to know what an “outsider” may think of Black wolves saga.

This game has become a classic, since it’s famous in our fandom for the despair it brings; but most of the people still love it, and it’s not difficult to understand why.

I consider it one of the best games I’ve ever played in my life, that’s why I was really curious and excited to hear my friend’s opinion.

If you are curious too, here it is!

I don’t even know how to write a decent review so I shall start begging you to forgive me for this crappy comment! (AND FOR MY BAD ENGLISH)

First of all, I have to say that I didn’t play all the routes, of course. For now (o forever?) I’ve completed only Mejojo’s route (good ending) and Auger’s bad ending. (I think that intertwine theur routes was clever).

Maybe I should try to give a superficial comment on everything, also because I haven’t seen every part of the game since I played only Mejojo, it wouldn’t be right.

I am not part of this world but I can easily understand that bws isn’t a common otome game. First of all, the theme, very dark and gothic, nothing new (for anime or for what I watch usually) but in the otome world full of doki doki maybe is revolutionary(?). Sorry if what I’m saying is wrong, but this is how I imagine it.

The common route was very VERY VEEEEEEEEERY LONG I WAS ALMOST ON THE VERGE OF DROPPING IT but then somehow I grew interest in Zodiva and Auger. YES AUGER (will I ever play his route? Dunno).

The development of Zodiva as a real disease catch my attention because I wanted to verify that all the things said about it were right (I’m almost a pharmacist like Zara so I was very curious).

The plot is very organized and developed and I appreciated it, some other games/anime prefer graphics or else to plot.

At first, when my friend showed me the CGs of this game I didn’t like them, I was used to Satoi’s style! But now I change my mind and I like Kuroyuki’s style too! (I’m still laughing at the blood on the screen though).

I also appreciated the sound effects of burning fire and screaming people during the Wolves’ attacks at the villages and the descriptions were so detailed that I could clearly see the scenes like I was there too.

And now the characters:

Nesso’s love for Fiona was illegally insane but he’s an oniichan so it wasn’t surprising! But when I was by his side I felt like he could really protect me T_T
Arles was a pitiable character, nevertheless it was funny seeing him embarrassed when he talked to Elvira, he was like another person! But Mejojo’ll never forgive the person who stole everything from him, his pride won’t allow it and we know what happened after that. Arles’s revenge was justified but he counted only on his physical strength. Bad move.
Julian’s smile cheered me up now and then, but when he showed his true self I felt bad for him and also felt betrayed, he lied to Fiona and the others and they even brought him with them wtf?! I would have left him there. AND WTF HE RETURNED AT THE CASTLE SORRY BUT HE KNEW WHAT HIS BROTHERS COULD DO, HE DESERVED HIS DEATH. I don’t have a kind heart, sorry.

And so that was the same ending awaiting his garden: burned to the ground. It was a touching image.

Zara, Guillan and Rath were just bystanders for me.

Mejojo and Auger’s reviews will be out later, maybe?

That’s it. I’m not good at reviewing as you can see, but I hope you enjoy a different point of view!